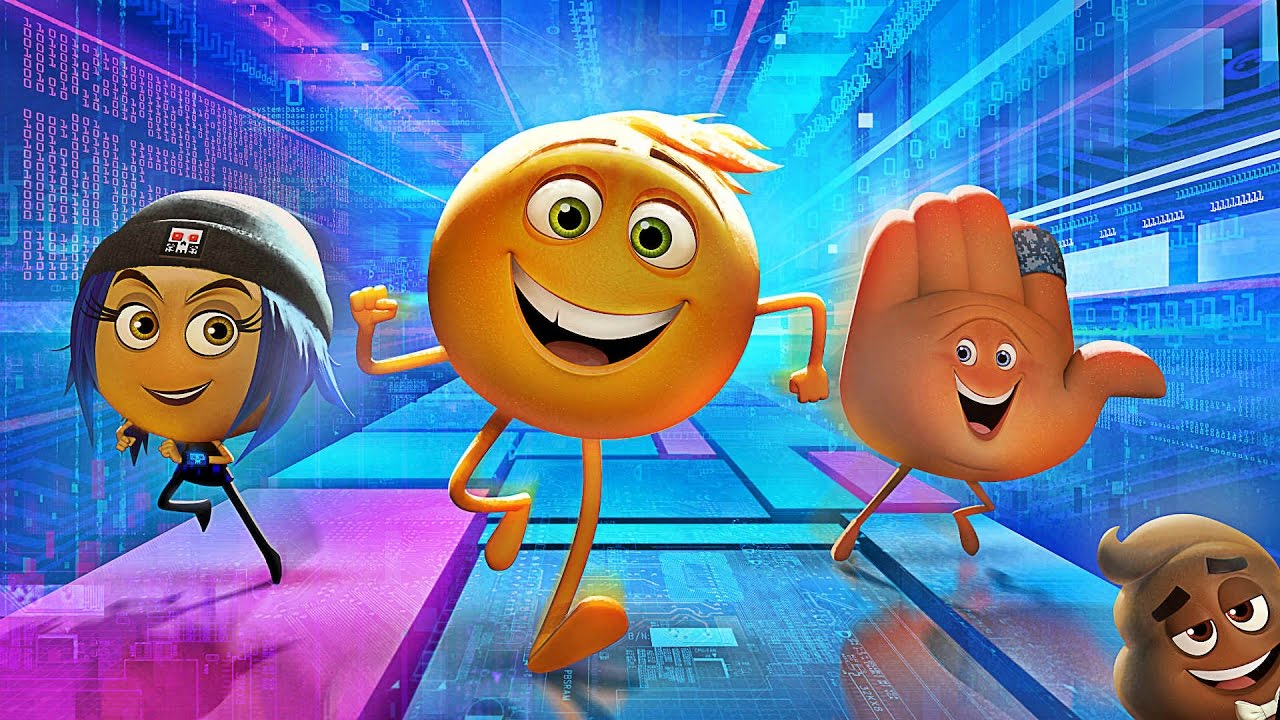 Lights flicker in the cold, damp air at Sony Pictures where the pus-filled body of the Hivemind resides. A soulless, mechanical abomination that God cast out to Satan for eternal punishment, it managed to slip away from the bowels of Hell itself to now operate as the Board of Directors for Sony Pictures. It communicates with itself through noises that could only be described as pus excreting from a pimple as the Hivemind deliberates how to save itself from bankruptcy. Spider-man: Homecoming could only do so much to save the company from oblivion, so a new franchise must be born to satiate the lust for American dollars that the Hivemind craves for sustenance.

At last, the Hivemind came up with a solution. Take the animation company behind the well-received Hotel Transylvania films, stop it from making a new version of Popeye to entertain a new generation of children, and make a movie about a fad that only appeals to people because it is free: emojis. And then force said animation company to make such a film stripped of any originality and filled with plot points and dialogue that were only meant to tick off every point in a marketing department’s checklist: 1) pop music montages, 2) forced romance angle, 3) product placement so obvious that it beats audiences to near death, and 4) jokes written to contain as many buzzwords as possible. The Hivemind squealed (as if a pig was having its intestines removed as it still breathed) with delight that they could keep the lights in their underground cavern on, so it rewarded itself with its favorite treat: an abandoned orphan that was left to die in a ditch…

It was dead on arrival as soon as the very concept was announced, so vivisection is fair game at this point. Claiming to make a movie based around emojis was like claiming to make a film out of Mr. Clean. A nakedly obvious and cynical marketing ploy to lob products to as many people as possible and relying on people’s recognition of such an omnipresent entity, but lacking anything that could lead to even passable story. This isn’t anything like The Lego Movie which had potential due to diverse creativity behind the concept of Lego, as well as the guidance of talented writers and animators. Because the writers for The Emoji Movie couldn’t arsed to write a goddamn knock knock joke even if their life depended on it.

So, the so-called “plot” of this movie is an emoji named Gene (T.J. Miller) resides in the app, Textopolis, in the phone of their user, Alex. Gene doesn’t fit in with the other emojis who must always behave as their assigned characteristic at all times: the sad emoji must be crying at all times, the laughing emoji must be chuckling at all times, and the shit emoji (Sir Patrick Stewart cashing what I hope was the biggest goddamn check of his life) must make shit jokes. However, despite Gene being a “meh” emoji, he can’t help but act out every emotion under the reasonable human spectrum, so he’s looked down upon by his “meh” parents (Steven Wright and Jennifer Coolidge talking in monotone) and the head of all emojis, Smiler (Maya Rudolph). When Gene makes a grave error due to his wide range of emotions, he’s marked for death by Smiler and forced to run away from Textopolis. Partnering with another emoji named Hi-5 (James Corden), Gene seeks out an emoji hacker named Jailbreak (Anna Faris) to help remove his other emotions so he could be a “true” meh.

Do you see how fucking idiotic this sounds? How goddamn trite? How insultingly boring? No? See the piece of shit film for yourself and entreat yourself to 90 minutes of jokes and puns comprised entirely of internet references that fall flat every opportunity they get. Just cringe at every bad line of dialogue meant to give a nugget of personality to paper thin characters before you finally give up hope that this film has a chance of being passable. And then shed a tear for the poor animators who had to render this garbage because they had to show up to work and do their jobs well for such a waste of space.

Seriously, Sony Animation’s artists deserve major props for giving a damn. The art direction is very solid, and the way characters move and react look amazing. It breaks my heart that their work will be painfully ignored in this worthless tax write-off for their superiors. Hell, even trying to depict as much emotion as possible among these various emojis was a feat upon itself, so I would feel terrible if I didn’t point out the effort made by these ladies and gentlemen.

Sadly, when I start to think kindly on this movie, the dreaded tentacle of product placement slaps me across the face and I’m reminded to trigger my hatred. Seriously, we spend a good five or so minutes inside scenes dedicated to promoting Just Dance and Candy Crush Saga, both shoving in as much overplayed pop music as possible. Actually, the pop music choices are all really uninspired and rely mostly on obvious puns. Like in one scene where the emojis are before a giant firewall when a montage of Pitbull’s “Fireball” plays before you…And if that sounds grating as hell, I haven’t even discussed how this shit doesn’t even make any damn sense.

Your main hero is being pursued by the authority of his world because he can express a bunch of emotions…unlike the rest of emojis who still “act” angry, sad, and happy but must also still react to everything with the exact same emotion they were assigned to. It’s jarring, and not in the comedic sense, it’s just nonsensical so you don’t give a shit about Gene’s plight. And it doesn’t end there, the film constantly breaks the rules of its own universe time and time again when it comes to the main thrust of the story. Gene is running away from the Textopolis authorities because he can’t act the way he is supposed to, but when he returns to Textopolis (spoiler alert who actually gives a shit) he’s finally acting the way he’s supposed to but the authorities still want to kill him. Why? No fucking reason.

I’m already tired of the YA story, and this movie doubles down on it. You know the one: protagonist is a square peg being forced into a circle hole, and when he or she doesn’t want to fit in the square hole he or she is chased around by the authority trying to kill him or her before they successfully overthrow the authority. And while a genre can be subverted to show flaws or to make interesting points as The Lego Movie did with the typical “Hero’s Journey” and “Chosen One” narratives, The Emoji Movie is perfectly content with waddling in all the sweat excreted by the properties that came before it. But more baffling is that the set up is so painfully forced that I couldn’t stop thinking how fucking dumb it was.

Another idiotic plot point that bugged me, the whole reason Jailbreak decides to assist Gene on his quest is because ONLY HE with his ability to convey a variety of emotions can get past the giant firewall. So when the protagonists are actually before the firewall, does Gene act out specific emotions to break past the security measure? Nope, he’s just told to stand on a pedestal and say a bunch of passwords, getting incinerated each time he says a wrong one. So why the hell did Jailbreak need Gene at all? Again, no fucking reason.

I wasn’t expecting much with this movie, but it’s still nonetheless an excruciatingly boring watch to sit through. It’s never so bizarrely bad that you kind of need to see it to believe it, it’s just miserable to watch. I would have said Fuck This Movie were it not for the decent animation job done, so for the sake of the animators I won’t give this my lowest rating. It winds up as a very, very low…

5 thoughts on “The Emoji Movie Review”