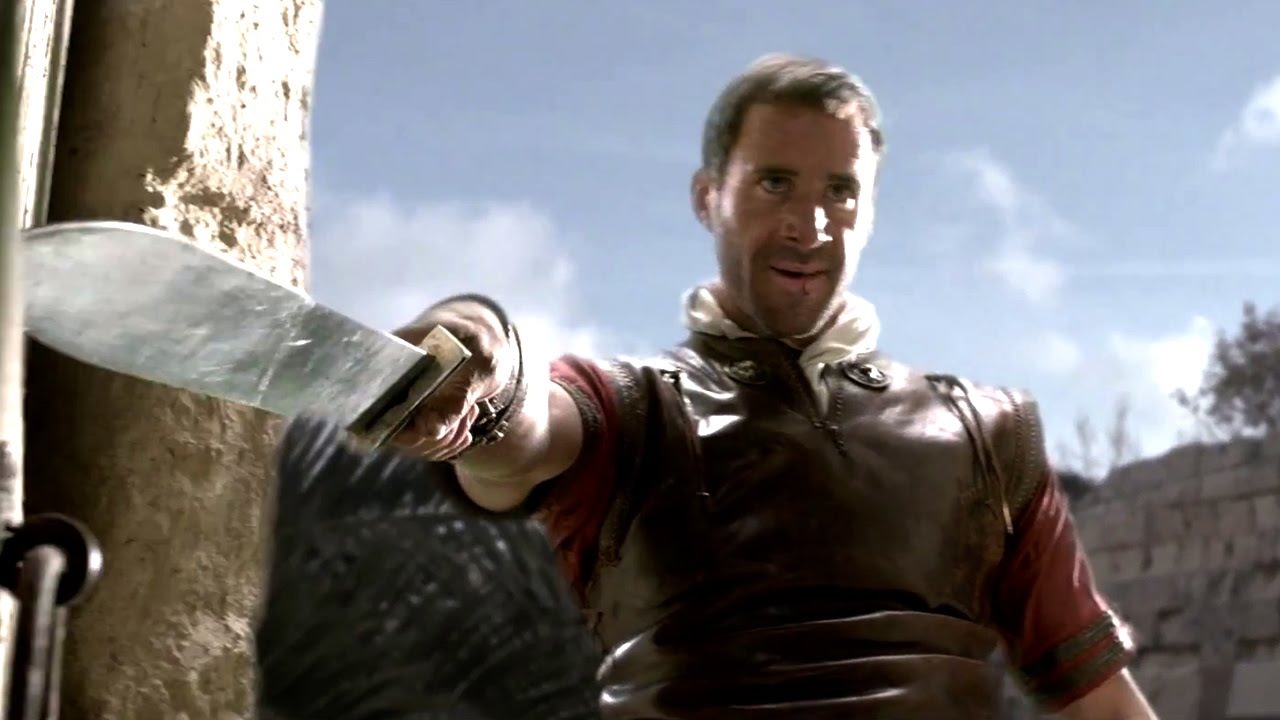 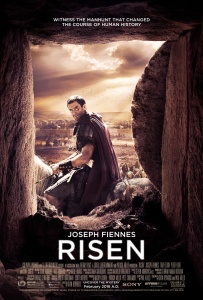 If you were thinking the “nonbeliever” in the movie’s tagline was going to find Jesus, then prepare to surprise yourself because you’re absolutely correct.

So we have a Roman Tribune named Clavius (they kept calling him Tyrion, no not that one) who’s busy serving the interests of the empire under the prefect, Pontius Pilate, when he’s ordered to investigate the disappearance of the body of a Nazarean who proclaimed himself to be the Jewish Messiah. Can you guess what the Nazarean’s name was? Whatever it is, it’s wrong because it’s “Yeshua.” Oh yes, we’re going for authenticity in our Jesus’ resurrection story. Bonus points were awarded to the movie for casting Cliff Curtis as Yeshua, who looks considerably more like what a guy wandering around Judea would look like.

Now, let’s be honest, even if you’re a militant atheist or someone who isn’t Christian, you know what the score was: some guy claimed he was the son of God, did miracles and shit, died by getting crucified, and came back to life three days later. You’ve heard it when you were younger, you saw it in one of the worst ways imaginable if you saw The Passion of the Christ, and that one religious family friend of yours on Facebook won’t stop reminding you of how Jesus died for your sins. My point is, you know the ending going into Risen, so does the movie do anything new at all?

Well, what I dug about the movie is that the first hour is like CSI: Jerusalem 2000 years ago with an experienced, embittered, take-no-shit detective being paired with an eager upstart in the form of Tom Felton (yup, it’s your boy, Draco Malfoy). Clavius is busy digging up bodies to find Yeshua’s while he interrogates anyone who even muttered a word about the dude walking about, being dead and all. It would have made for a really interesting mystery…if everyone in the Western world had never heard the story of Jesus.

Or it would have been more interesting if the movie didn’t become a faith-based film for the last thirty minutes. The first two acts of Risen is a straight up ancient history detective caper, so it becomes especially jarring when the film decides to sit you down to talk about the Word of Jesus until the end credits. I genuinely think the film could have done without the preaching, and perhaps delivered a more trippy take on literally searching for Jesus.

Hell the movie was screaming this point at several instances: Clavius gets odd dreams because he straight up saw the body of Yeshua hoisted up on the cross, taken down, and wrapped in cloth, so he’s got plenty of ammunition to mess with his head. And the audience can wonder: is Jesus trying to speak to him or is this dude running low on sleep? I’ll let you guess which avenue the filmmakers ended up taking.

This shouldn’t be a surprise to anyone since this comes to us via Sony Pictures, the literal Devil of the Hollywood scene with their absolute shit release schedule. Worse is when I realized this movie was produced by a Sony subsidiary called Affirm Films, a house entirely dedicated to releasing faith based films. I don’t hold these movies in any high regard and in fact detest them. Nine times out of ten, these films are preying on the flock by suckering in a few devout Sunday worshipers to blow a couple bucks on a cheaply produced movie that delivers its Christian message with the subtlety of a sledgehammer. These are the same fuckers who gave us such like classics as Fireproof, Soul Surfer, and When the Game Stands Tall. What are these films you ask? You would have only heard of them if your overly religious friend would not shut the hell up about them.

Thing is, Risen avoids the pitfalls those movies ran headfirst into through some decent production values for the costumes, sets, and music and having a genuinely interesting main character in Clavius. Here, he’s portrayed by Joseph Fiennes, and I enjoyed following the guy for the hour and forty minutes I hung with him. He’s got a purpose for serving the Empire and is just trying to do his job, so you can’t help but sympathize with the guy as he encounters zealot after zealot proclaiming “resurrection” despite Clavius sternly believing this is a whole charade.

But the film unfortunately fails Fiennes and his character in the last twenty minutes when the filmmakers decide to turn him into a self-inserted historical fan fiction character. Seriously, Clavius ends up performing a feat that was both implausible and more than a little gratifying for the writer who drafted him this way. Keep in mind, Fiennes was truly great in this and committed to giving you a solid performance. He was a true standout in a film that had some really sloppy acting from various extras laying it on too thick in certain sequences and delivering lines poorly.

If I were making this movie (and didn’t have a mandate from Sony to make this as Christian-friendly as possible), I would have made the movie far more ambiguous than the direction it inevitably took. Allow Clavius to encounter various followers of Yeshua who proclaimed his name and gave pretty solid reasons for why they worshiped him. At the same time, offer sensible and analytical reasons for some of the more outlandish stuff that other people chose to take as a straight up miracle. Maybe even throw some trippy dream sequences that make Clavius wonder if what he’s seeing is truly real or not. The ingredients for a really thought provoking film about Jesus in the vein of The Last Temptation of Christ were sitting right there, but they were sadly ignored in favor of a safer, by-the-numbers faith-based film.

Disappointing, but I can’t say this movie offended me the way so many other exploitative faith-based films had. It’s got an interesting hook and genuine acting that I can’t get mad at it, and I have to admit I kind of like it. Made me far more curious for a much more interesting film. If you really have no interest in this subject, just rent this; for everyone else,this is a very low…

One thought on “Risen Review”