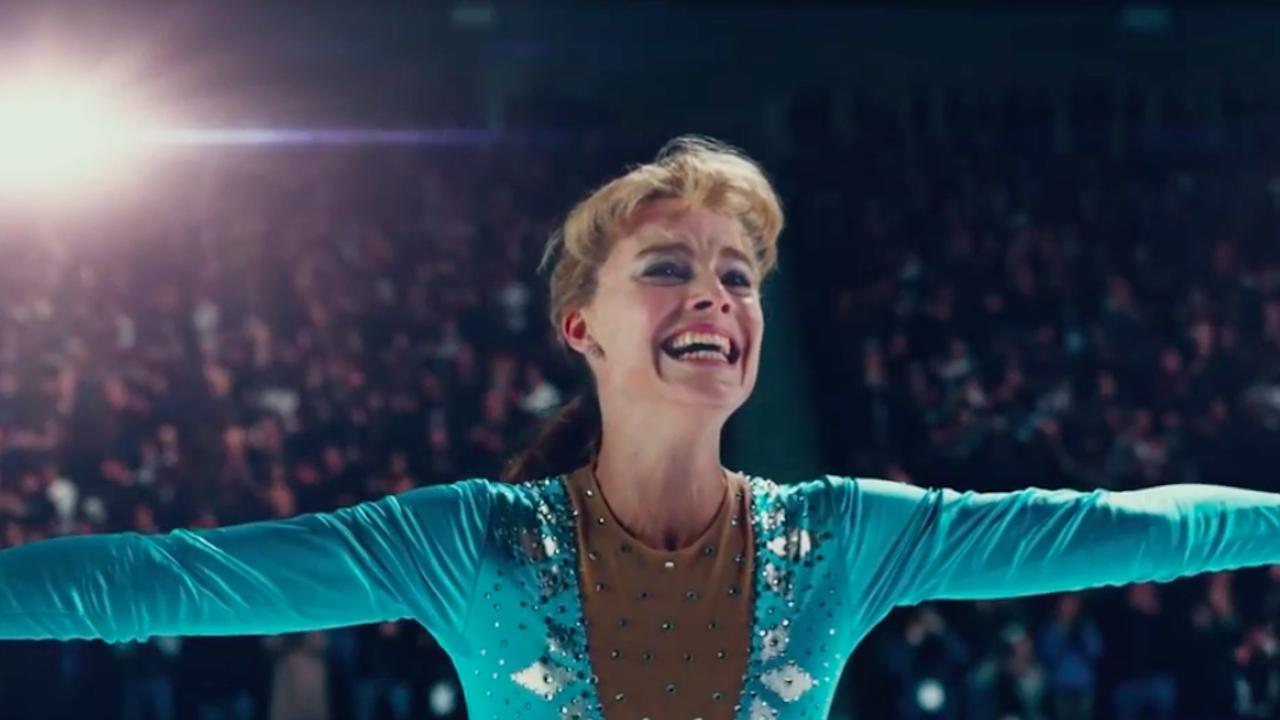 I was a hero once, then I took a hit to the knee

Tonya Harding is one of those historical figures that eludes younger generations, but was a fixture in the eyes of the world back in 1994. You see, she was a legendary American figure skater who was the first woman to land a complex maneuver called a “triple axel jump” twice in a single competition. However, she became embroiled in controversy when her fellow American competitor, Nancy Kerrigan, was attacked right in her knees, and the attacker apparently had ties to Tonya Harding’s husband at the time. After that, Harding lost many of her titles and was banned for life from the sport while also becoming a walking punchline for several years. A biopic of such a fascinating story was inevitable, but I wasn’t quite prepared to be so entertained by one of this little tale and feel so much to the disgraced figure skater.

The film is presented in a mockumentary-style all about Tonya Harding’s (Margot Robbie) rise and fall as the most infamous figure skater in American history. The film cuts to Harding and various other individuals involved in her life as they relay contradictory stories of the events leading up to and following the 1994 attack on Nancy Kerrigan. These people include Harding’s meek and abusive ex-husband, Jeff Gillooly (Sebastian Stan); Harding’s domineering and cold mother, LaVona Fey Golden (Allison Janey); Harding’s patient skating coach, Diane Rawlinson (Julianne Nicholson); a journalist that covered the whole debacle (Bobby Cannavale); an archive footage of Harding’s bodyguard who’s mostly to blame for setting up the attack, Shawn Eckhardt (Paul Walter Hauser). While these cuts to the interviews occur, the film very frequently breaks the fourth wall as the players talk directly to the audience to discuss all the horrible acts each of these people did to each other.

The film reminded me pleasingly of The Wolf of Wall Street and Pain & Gain, films about criminals screwing things up in an increasingly absurd manner and, against all odds, much of their actions are based on fact. I, Tonya still very much feels like its own unique product mostly thanks to some powerhouse performances from Margot Robbie, Sebastian Stan, and Allison Janey; in addition to the impressive structure that keeps its hooks of interest into you through its two hour run time. I’ll get to the main cast shortly, but I really want to talk more about just how damn great the writing and directing on this film was, because it is what truly puts this movie into “best of the year” consideration.

This film comes to us through the direction of Craig Gillespie, who has had a low-key career up to this point with some interesting projects under his belt like the Fright Night remake and Lars and the Real Girl. For I, Tonya, he takes one of my favorite ideas of an unreliable narrator to new heights as you have six individuals giving contradictory testimony as to the events that shaped Tonya Harding’s tumultuous life. With some clever editing, sharp writing courtesy of Steven Rogers (no, not that one), and a devious sense of humor, the movie delivers an interesting depictions of a media firestorm that is still plagued with misconceptions as to what happened to this very day. Even better, the film doesn’t try to absolve Harding of all blame in connection with the attack on Kerrigan…even though Robbie’s Harding tries to make excuses for everything that happened to her.

Speaking of which, if you’ve been hearing a lot of Oscar buzz surrounding Margot Robbie for this film, know that what you’ve been hearing is pretty much spot-on. She gives her finest performance thus far in her incredibly busy but short career as an actress. Robbie delivers a full emotional range in portraying the incredibly complex of life of the real-life Tonya Harding, but she ultimately succeeds in getting you to feel sympathy for the figure skater. And she does this not merely by putting the character through the wringer of being surrounded by incredibly toxic and abusive people, but by demonstrating her own faults that were born out of her upbringing. She feels like a real, authentic person, warts and all. So while Robbie never really makes Harding likable, she does make her fascinating to watch. It’s a harder act to pull, but it’s one that pays off for the actress in spades.

Now granted, Robbie was also a producer on this movie, so I was fully expecting the rest of the cast to be in her thrall as with many “Actor’s Movies.” Thankfully, she gives plenty of opportunities for the rest of the cast to shine in increasingly great ways. Sebastian Stan gives a damn fine performance as Harding’s ex-husband, pulling off a similar act to Robbie of depicting an incredibly complicated character. Plus, he makes the character very easy to hate as he snivels his way throughout the entire Kerrigan debacle, abuse his spouse, and still grovels his way back to Harding’s heart. It’s uncomfortable to watch these two explosive personalities interact with each other, but the movie tries its best to keep things from going too dark by featuring tons of fourth wall-breaking as the leads insult, beat, threaten, and almost kill each other. It’s pretty messed up what you’re seeing, and yet there’s a twisted sense of humor to the proceedings that never lets up.

Finally there’s Allison Janney and…holy hell, this woman is a force of nature. I’ve always known Janney as a particularly strong actress, I mean she’s only won seven Emmy awards over three different primetime television shows, but she gives one of my favorite supporting actress performances of the year, enough to rival Melissa Leo in Novitiate. As Harding’s child-beating mother, she gives one of the most legendarily hideous portrayals of an evil mother since Mommie Dearest. Domineering, cold, manipulative, and still trying to push her daughter to the best she can be; it’s a harrowing performance that almost steals the show from Robbie. Janney has been in a few Oscar-caliber films, but this may be her year to actually claim her award once and for all.

One last thing: the make-up work on this film is pretty damn impressive. The film does feature some archive footage of the various real-life people the movie depicts, and it’s impressive how every single one of them were recreated for this movie. I mean it’s scary how Paul Walter Hauser looks so much like his original counterpart in this movie. Robbie herself looks dead on like Harding in many scenes, so kudos to this underappreciated department for this movie.

I walked out of the theater mightily impressed with this biopic. The performances were enough to give this a solid recommendation, but the clever mockumentary-style is what really gives this film the edge over many other biopics I’ve seen over the years. It’s on a limited run for now, but will likely gain much more traction in 2018 especially as the Oscar race heats up, so don’t miss this one. Giving this an enthusiastic…