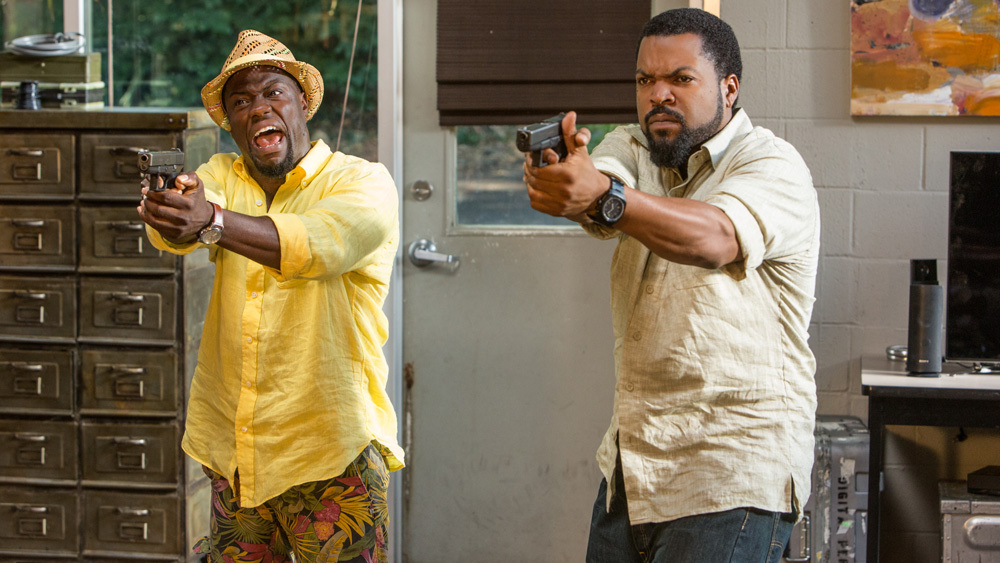 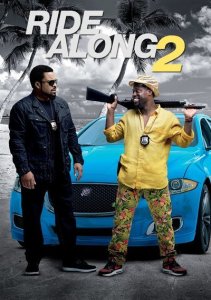 I call it “Ghostbusters 2 Syndrome,” the bane of every comedy sequel. When a comedy becomes a massive hit, the Hollywood executives scramble to make lightning strike twice and get the cast, writers, and director of the first comedy to make a sequel. Trouble is, most comedy writers don’t have a follow up idea and when they take too long to make one up, the executives basically order them to use the first story as a reference point. What this turns into is a retread of the first film with a different location or villain, but character dynamics and jokes are repeated verbatim from the first time around. Thus damning Ghostbusters 2, The Hangover 2, Think Like a Man Too, and now Ride Along 2. Only difference between this movie and the other examples, was that their predecessors were actually good and original compared to Ride Along.

So here we go with Kevin Hart and Ice Cube going on yet another “training day” style tour of undercover police work, only this time they’re getting trouble in Miami. “Another” is the key word here, because the same foot chases are re-enacted from the first Ride Along complete with a few similar gags involving Kevin Hart shooting somebody. Fuck giving you a plot synopsis, between this and Dirty Grandpa I’ve seen the first few weeks of 2016 have decided to bombard me with crap comedies.

Here’s the stupid thing, I think Kevin Hart is a talented guy. His stand-up routines are great, and I think he’s got comedic timing down packed. The problem is when you get him to act, he only knows how to do one thing: scream. Scream as loud as he possibly fucking can to try to pull a laugh. He did this in the last Ride Along, he did it in The Wedding Ringer, and he did it Get Hard. It’s fucking lame, and the more I see of Kevin Hart, the more his shtick annoys me.

Granted, at least he tries to act in a little something different each time even if he’s the same fucking character in every damn one. Ice Cube, in comparison, is fucking sleep walking through this movie. He’s got the same scowl he’s had on his face since his first music video and he does not fucking change. I still say he’s a talented writer and songwriter, but he only knows how to do one thing: looked pissed off as hell. And it begins to get weird when the movie tries to give him a love interest in the form of Olivia Munn. And suddenly, you start to wonder how anyone could find him sexy when he’s looking like he wants to punch the shit out of everything and everyone around him. So the romantic angle (if could call it that) falls completely flat.

Nobody else in this movie walks out of this movie without doing their routine either. Benjamin Bratt is putting on his best Colombian drug dealer accent while Ken Jeong acts like a crazy Asian dude like he does in every bloody thing he’s in except on television when he’s actually committed to a role. You may be forgiven for thinking this is a parody of action movies what with the actors doing their respective gags that their known for and the overuse of bland cliches like the car chase, the bomb explosion, and the sneaking into the villain’s party scheme that you see in a every other buddy cop film bar none.

But no, to this date only Hot Fuzz ever managed to successfully parody the tropes that define buddy cop action movies, whereas this film is trying  to be a buddy cop action film from the early 90s. This crap got old after 48 Hours, Lethal Weapon, and Rush Hour all ran these ideas into the ground and audiences realized they were the exact same fucking movie just with different actors each time.

Now I’d say young adult adaptations of post-apocalypse are next on the chopping block, but these critics have a point. Especially with the thirty super hero movies coming out between now and 2019 (thus far planned), over-exposure could easily affect the future of super hero flicks. The key to survive is not to do the bullshit origin story again and again but to take the characters in different predicaments and have interesting subtexts about the world, politics, and culture at large. This is how basic action movies and dramas have survived until this very day. Completely fucking unlike Ride Along 2.

Pardon me for this tangent, but I wanted to explain in detail why I fucking loathe movies like this. They are lazy, they are incompetent, and they don’t do anything fucking new. They lie on their backs blowing spit bubbles hoping to catch a fan of the actors’ off guard or to simply exist for a family or date outing. I despise these films because they have no. Fucking. Value. What. So. Goddamn. Ever.

Did I chuckle? Yeah I fucking chuckled here and there, but a week after I saw this movie, I’m having difficulty recalling where I laughed. This movie is going to escape my memory banks by the end of the week when I see two new comedies this weekend and my magnificent brain will simply not have the space to even fart out a passing thought for this unoriginal, uninspired piece of crap. January and February are when some of the worst movies of the year come out my children, and 2016 is no different than the last few years. You knew where this was going a few paragraphs back, so I won’t waste any more time, this is…

6 thoughts on “Ride Along 2 Review”