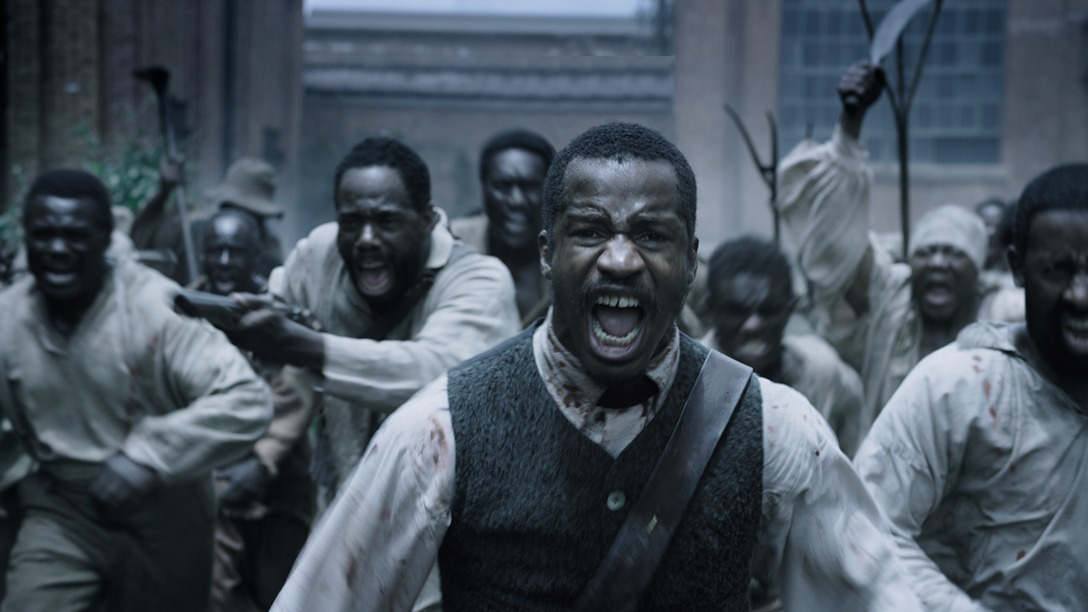 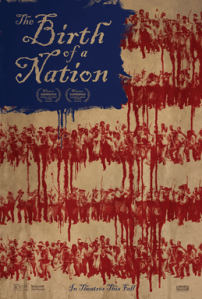 The Birth of Everyone Getting Pissed Off

Hoo boy, two weeks without a review and I’m starting back with one of the most controversial films in 2016. Now there’s a few reasons for the tension: 1) the director, Nate Parker, was confronted by his sexual assault acquittal from back in his college days; 2) the subject matter of this film concerns Nat Turner, leader of one of the most infamous slave rebellions in American history; and 3) unless you’ve been living under a rock these past few years, racial tension in the United States is a tad on the hot side. So there’s a ton of baggage surrounding the film before we can even dig into the movie itself. For the sake of giving you a proper review (while also taking into account the above outside influences), I’ll focus more on the film itself before we dive headfirst in each controversy to give you an idea of whether this film is good or not.

Like I said, this movie primarily follows Nat Turner’s life from childhood until his untimely execution for his leadership during the 1831 rebellion. We have our director and co-writer pulling triple duty as the lead actor giving our portrayal of the legendary slave, depicting his time as a field slave to his secondary duty as a traveling pastor. Turner’s owner (played by Arnie Hammer), uses Turner’s charismatic mastery of delivering sermons to preach subservience to the slaves of the neighboring plantations in Virginia to fill up Hammer’s own pockets. Slowly being exposed to more of the abject cruelty of the slave practice (given that his own master wasn’t particularly brutal), Turner is brought to his breaking point where he begins to take a second look at his Bible and realizes there’s far more about freedom than subjugation in there. Realizing he’s been appointed by God Himself, Turner rallies the slaves of his own plantation and those belonging to other plantations in a violent march for freedom.

I’m making this sound way more bombastic and epic than what the film depicts for the majority of the runtime, because the actual rebellion doesn’t get underway until the final forty minutes of the movie. The first two thirds of the film are all about Turner growing up on the plantation and conducting his traveling ministry where he witnesses all sorts of horror inflicted on slaves. Now this portion of the movie is strongly reminiscent of 12 Years a Slave, perhaps one of the best movies depicting the horrors of slavery and one of the few films that brought me to the verge of emotional exhaustion. But I have to admit that the treatment of slaves horrified me in what felt like a two hour torture session in 12 Years, but I didn’t get to the same emotional low in The Birth of a Nation. This could be a critique of both of the writing and directing, which feel underwhelming here compared to what I saw in 12 Years a Slave.

This film is Nate Parker’s directorial debut for what is clearly a passion project, and to his credit, his emotional attachment and reverence for the tale of Nat Turner is felt despite equally visible weaknesses. First thing’s first, I don’t use the word “reverence” lightly; Parker straight up worships Turner as a Christ-like figure here. Hell, the movie drops all pretense in several scenes with characters telling Turner they “knew” he was going someone special, someone “destined” for something great. And if you’ve been following me for a while…I’m not a fan of this kind of character development.  Turning a character into Jesus Christ strips away all humanity from him and instead elevates him into someone unrelatable. This issue is abated somewhat by Parker’s own views of how slaves were kept in check that are different from what you’ve seen before. You witness the withholding of food for several slaves in one scene, while you also see some terrifying force feeding a slave to keep them alive in another soul-scarring scene. These moments are etched into my mind, which certainly elevates this movie from the dozens of other movies I’ve seen this year.

But to jump back onto the complain train, these scenes all involve slaves you don’t know and you barely know their names. This might seem like a small complaint, but it affects how you look at a film. In 12 Years a Slave, you primarily get to know Solomon Northup and a fellow slave named Patsey. Both characters are put through gruelling, devastating trials that affect their mind, body and soul. Their agony affects audiences because they get to know Solomon and Patsey over the course of the film, they get to know their histories and hopes, their fears and their prayers for death to escape this horrible pain. But in The Birth of a Nation, your spending nearly all your time with Nat Turner who only experiences himself two (maybe three) scenes of cruelty from the white slave owner class, where other characters surrounding him bear the brunt of plantation torture. And these characters run the gamut of rape, murder, starvation, beating, whipping, bleeding, degradation and shooting at the hands of the ruling class; but the trouble is you don’t know these characters. You only know their relation to Turner and process their pain through his filter (a secondary source). When it’s Turner’s time to suffer, these moments stand out in the film whereas the other moments (besides the force feed scene) don’t really leave a mark on you.

And the way Turner relates to other character brings up one of the biggest controversies surrounding the film, Parker’s own views on women. Now it’s no longer a secret that Parker had a very different perspective on what consent meant to him in 1999 (when he was accused of sexual assault by a classmate), and his current view on the topic seems to be…ill-defined to me. But his view of women becomes very apparent to me in The Birth of a Nation, where there are four actresses portraying slaves. Two of which, Aunjanue Ellis and Esther Scott, portray Turner’s mother and grandmother respectively and you get to know both characters very well, far more than any other slave character besides Turner. They give guidance to Turner from boyhood all the way on up to adulthood, mending his physical and emotional wounds along the way.

They’re fleshed out considerably compared to the other two actresses portraying slaves, Aja Naomi King and Gabrielle Union, who portray the wives of Turner and another slave respectively. While you witness no physical harm befall the first pair of actresses, you see the aftermath of extremely vicious and brutal rapes the second pair of actresses. And that got me thinking that Parker can only relate to women entirely as either matriarchal figures or wives that can be sexually assaulted by greater powers. You have nothing in between, and you barely get to know Union’s or King’s character; hell I don’t think I remember Union’s character’s name. In a sense, the film almost objectifies the women as plot points that bring Turner further and further to the moment he snaps against his master. As you can see, this is not exactly a comfortable view to have.

Further not helping is that ALL of these women, like every other character in the film, reveres Turner to an off-putting degree. Turner becomes a one man beacon of hope over the course of the movie when fellow slaves aren’t getting on their knees praising him as Turner delivers impassioned sermons. Said sermons are of course filmed with as much respect and awe as possible. Now I have to admit, quite a few of these sermons did stir a swell of emotions in me and made we want to get up from my chair, credit to Parker’s own writing and acting ability there. But these high moments, like others in this movie, feel fleeting to the messiah building going on elsewhere. They also don’t contribute much to the actual rebellion which…honestly feels like a letdown.

The movie feels like it’s building up to a violent massacre, all the characters speak as if they are marked men preparing to accept a vicious end. But the actual massacre feels cheap and not in an emotional sense, I’m talking in a budgetary sense. When the slaves revolt, you don’t actually witness any of the murders of the white slave owners nor do you see genuine combat between the slaves and well armed authorities. The film just cuts away through camerawork and straight up visual smoke screens that look absolutely fake, so the important climax of the movie yanks me out of the experience leaving me to start criticizing how everything is shot. I’m aware this is a directorial debut; but you can’t tell me how horrible everything is Nate Parker, you need to show me. I’ve harped on this fact in several reviews, but film is a visual medium. You can’t get away with cuts like this, especially if other filmmakers like those in 12 Years a Slave aren’t shy about showing atrocities.

The climax of the film also brings up Braveheart in a lot of ways, which in turn made me realize that Parker must have looked to Mel Gibson’s flick heavily for inspiration. Aside from the Jesus imagery and reverence of its main character, he even films the execution of Nat Turner in a way that reminded me of William Wallace’s untimely end (though with significantly less masochistic torture porn courtesy of crazy Mel). But making me think of Braveheart isn’t particularly helpful as I clearly remember other unique characters on William Wallace’s journey in addition to brutal and heroic battle scenes. Neither of which are present here despite Parker’s best efforts.

Still, for his first crack at the director’s chair, I can appreciate the man took risks many filmmakers wouldn’t take. There’s multiple brief dream sequences throughout the movie that are visually striking, but don’t connect much to the film itself. Which is unfortunate, because the actual history of Nat Turner specifically calls attention to the man experiencing visions that spurned him to rebellion. The dream sequences range from artistic to somewhat melodramatic, but I can appreciate effort that was focused for something productive when I see it. Plus I have to admire someone who has the balls to take the title of one of the most notorious films of all time, the silent film of 1915, Birth of a Nation, which depicted the founding and deification of the Ku Klux Klan (in case you didn’t know that bit of a film history, well now you do), and make an attempt to dissociate the title for something in favor of freed slaves. There’s also a moment towards the end of the film which is very much on the nose of comparing violence of Blacks during the slavery era to the violence by modern police against Blacks now, but it feels a tad underdeveloped and should have been expanded considerably more. And the score…damn the score was truly affecting. One particular song choice was especially resonant as you witnesses the destructive aftermath of the slave rebellion, perfectly marrying horrifying visuals with a somber song.

This movie has torn me in ways that other films just haven’t for good and for ill. There are strong, powerful moments in here that I’m likely going to come back to during the end of the year, but I have so many critiques of everything in between these sequences that I simply cannot claim this is a perfect film. I wish it didn’t bother me, but unfortunately, I’d be lying to myself and to you if I said that this is “one of the best of the year.” Given my complaints and praises, I’m going to give The Birth of a Nation a semi-high…