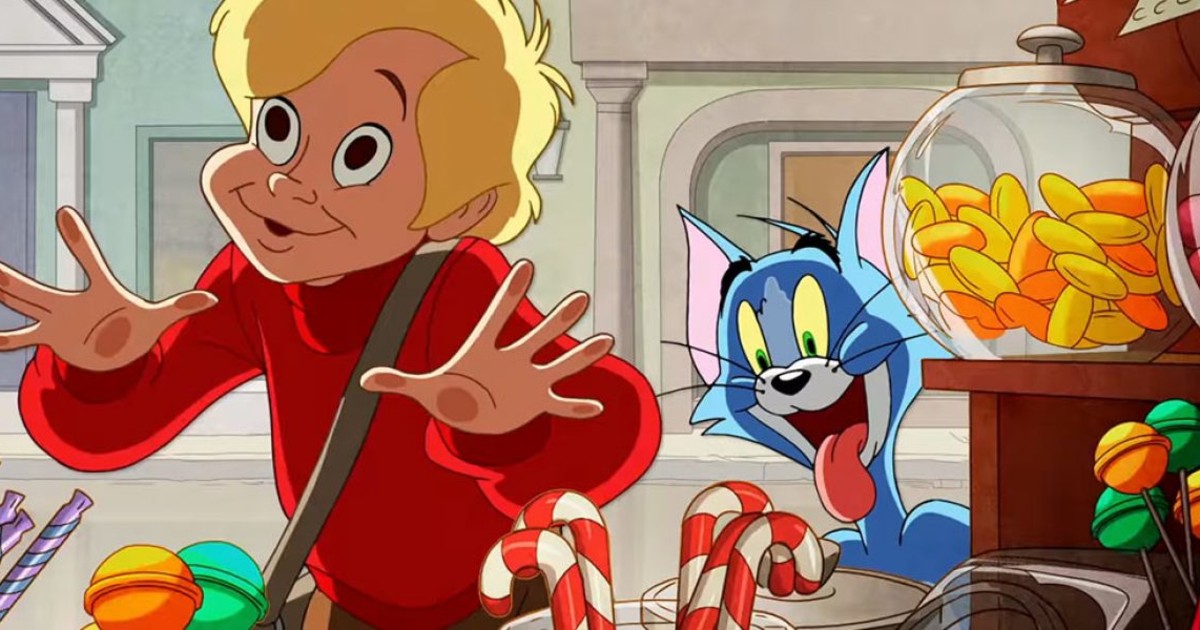 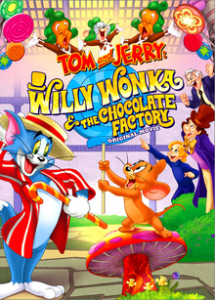 In the Mouth of Madness

Here on the After Lobby, there is no movie too weird, too crap, or too child-friendly to ignore. While I tend to struggle with bad films that leave me with nothing much to say, I am nonetheless fascinated by films that are so bad, so hypnotically terrible that I’m armed to the teeth with critiques to talk about. Many of you are familiar with the subject matter for today’s review, or at least you’ve heard of the Tom and Jerry cartons and the classic Willy Wonka & the Chocolate Factory. But it’s possible you may have missed that Tom and Jerry cartoons are still being produced on annual basis by shoving them into any odd established property, like Robin Hood or The Wizard of Oz. And you may have also missed the memo that Tom and Jerry: Willy Wonka & the Chocolate Factory may be one of the most batshit animations released.

To give you a plot synopsis of this movie would be a slander to the original masterpiece starring Gene Wilder. So I’ll say this: this animation is a near shot-for-shot recreation of multiple scenes from the original Willy Wonka with a bunch of Tom and Jerry antics shoved in with the grace and subtlety of shoving a pineapple up a goose’s ass. While you contemplate the latter imagery, I’ll stress the former even clearer: whole lines of dialogue, songs, fonts, and even camera angles from the 1971 film are remade in this bizarre animation style that constantly shifts from scene to scene. I highly doubt this was a deliberate choice by the producers, as it was more likely that multiple animation companies were contracted and were given the bare amount of standards. Hence, with little cohesion in terms of color and character design, the result is a deep insane plunge into mouth-frothing insanity. Oh you think I’m exaggerating? Talking in hyperbole like I normally do? Will feast your eyes on this…

Yeah, someone paid millions of dollars to produce THAT. In case you’re wondering, no, I’m not aware if a lawsuit is pending from the producers to get their money back. At the same time, watching the film is at the very least memorable in watching the animation shit the bed constantly. What with characters going cross-eyed randomly, or adult characters looking like straight up pedophiles, or characters just posing in nonsensical ways that just appears unsettling. And yet, as big a mess of this film is, this makes the eternal game of watching this incredibly inebriated as a genuinely fun experience. This is the kind of movie Mystery Science Theater 3000 enjoys to slam on, because jokes just come naturally to heckle the living hell out of it.

And heckle you will, not only at the piss poor animation on display, but the even more bizarre changes to the story that were made to justify Tom and Jerry’s presence in this catastrophe. First and foremost is the character of Slugworth, reimagined here as a singing Nazi villain…more on that in a bit. Now, spoiler alert for a film released half a century ago, Slugworth was initially introduced to the audience as deliberately trying to tempt the main character into committing corporate espionage against Wonka but is revealed at the end of the film to be a morality test put into place by Wonka himself in order to determine Charlie’s honesty. For the Tom and Jerry version, that’s still the case, but Slugworth hangs out this time within Wonka’s factory as he tries to “steal” Wonka’s secrets on his own. Tom and Jerry, therefore, find themselves within the factory in order to foil his “schemes.”

“But wait,” you ask from across the Internet, “if Slugworth still works for Wonka, why the hell is he trying to steal anything from the factory?” Good friggin’ question, dear reader, because the film forgets to explain itself on that front. On top of that, Slugworth is also strangely given Veruca Salt’s song “I Want It Now” to perform BEFORE Charlie enters the Chocolate Factory. It makes no sense for him to sing the song, but if you ever wanted to a hear the Nazi villains from an Indiana Jones film sing a musical with a heavy accent, then Tom and Jerry has met your strangely specific desire. Oh yeah, and he performs the “I Want It Now” song again later on in the film, but this time as a duet with Vercua Salt. Once again, it makes no bloody sense why, but I’m sure it satisfied the mad angler fish god that lived in the brain of the director and he was allowed to sleep without having a nightmare about being consumed by parasites for one night a week.

But the madness doesn’t stop there. No, some of you may have conveniently forgotten the infamous “Tunnel Scene” from the 1971 film. It’s alright, you may have just repressed it after all these years to escape the trauma. Anyways, yes Tom & Jerry recreate that scene too. And believe it or not, no exaggeration, it is without a doubt even CRAZIER in this animation that it was the original. Don’t believe me? Watch it yourself here; go ahead, I’ll wait.

Finished? Congratulations, your soul has left your body and is now seeking counseling for what it just experienced. The facial expression on Tuffy, the weird hallucinations, and yes the fact that they said the word “HELL” in a Tom & Jerry cartoon all combine to demonstrate a new standard for soul-sucking madness. Give em’ credit where their due, you will NEVER forget this scene for as long as you live, won’t you?

Ironically, the most forgettable part about this movie are Tom and Jerry themselves. Thankfully they don’t speak like they did that godawful 1990s movie, but their inclusion in this movie is nonsencial at best and a profound waste of time at worst. Additionally, as far as the Tom and Jerry shtick goes, kids can easily catch many of the original shorts on YouTube free of charge. Further, this movie merely copies many of their original slapstick gags they made popular back in the 1940s and 1950s (yes they’re that old). So if you’re a Tom and Jerry fan, this film offers you nothing new or inventive. Hell, dozens of current kids shows do slapstick way more imaginative than what’s displayed in this film.

But ultimately, I can’t say I wasn’t bored watching this. Far from it, it’s straight up harrowing to just watch this disaster from beginning to end. And the experience is slightly alleviated by the fact you can watch this at home with friends, crack open some alcohol and prepare yourselves for an hour and a half of watching a calamity unfold before your very eyes. For children, this cartoon offers them nothing they couldn’t get from the original Willy Wonka which is cheaper, way more well made, and basically serves as a rite of passage with the aforementioned insane tunnel scene. For adults, this film is a treasure trove of unintentional humor and a dip into visual hell.

Quality-wise, the film is obviously SOME OL’ BULLSHIT. But I had so much fun making fun of this movie, that it would be remiss of me not to award this movie a curious…