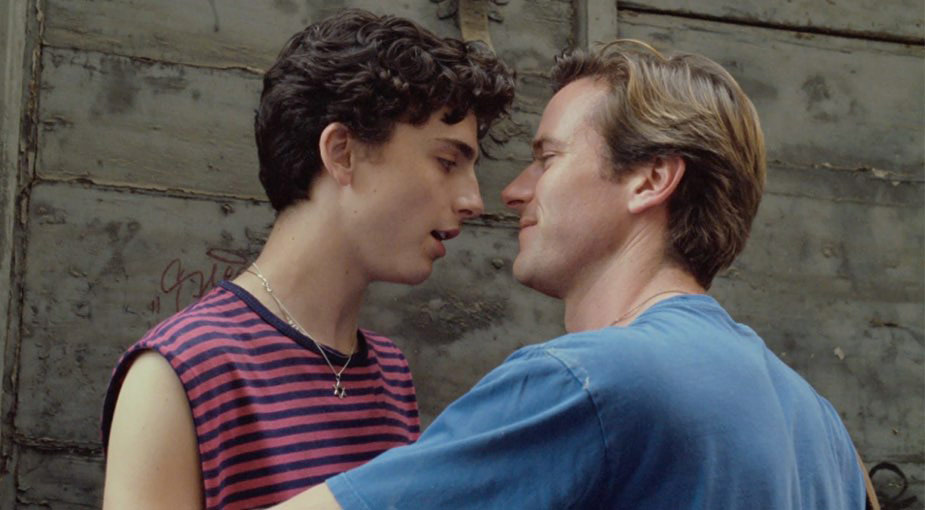 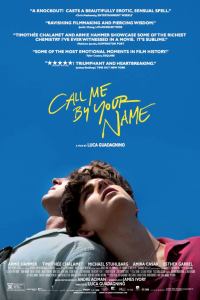 We’re winding down the big Oscar contenders as my Top 10 list gets into full preparation. So let’s check out one of the big front runners of awards season, an Italian movie about a gay romance featuring an underappreciated American actor. Talk about hitting the check marks of “Oscar Bait.” At the same time, the moniker is a little unfair as quite a few “Oscar Baits” have impressed me before (though not as much as true favorites of the year). So hey, anything is possible so let’s dive right in.

Set during 1980s, our main protagonist is Elio (Timothée Chalamet, recently of Lady Bird), a seventeen-year old Jewish American boy that was raised in the Italian countryside. Every year, his father (Michael Stuhlbarg), an archaeology professor, invites an American student to live with his family in Italy for six weeks to help him out with his work. This year’s student is 24-year-old Oliver (Arnie Hammer), an attractive young man who captivates the hearts of all the girls in Elio’s town. While Elio and Oliver are intially standoffish to each other, slowly but surely an attraction develops between the men and they begin a romantic liaison with each other. But since Oliver’s only around for so long, the new couple begin to ponder their future.

A thing that I quite appreciated in this film was that very little attention is given to the societal pressures behind the fact your two leads are gay. It’s paid lip service in a scene or two, but the focus is primarily on how this summer fling came about and the couple dealing with the knowledge their courtship is going to end very soon. This does have the very helpful effect of having a romance with more universal appeal as many of the events you witness between Oliver and Elio are very much relatable to many people, regardless of one’s sexuality. It also helps that your main leads are acted by very charismatic leads who genuinely had great chemistry.

Timothée Chalamet is an extremely young actor who’s aggressively pursued high profile roles (he was the son of Matthew McConaughey in Interstellar), but this is the first time I’ve really been able to see how he could carry a film. And to the young man’s credit, he’s got talent in spades, to the point I will be not be surprised to find him lined up for a Best Actor Oscar nomination for this role. He plays Elio as a kid who’s really trying to figure himself out and his attraction to Oliver increases in ways that feel human. Right down to bragging in front of Oliver about how smart he is (and other sexual conquests) just to gauge the guy’s reaction. And his bashful attitude when Oliver calls him out was also entertaining to watch.

Speaking of which, Arnie Hammer also turned in a very solid performance. I’ve known for a while this guy has tremendous talent, but he’s been wasted on awful lead roles like The Lone Ranger. And not since The Social Network seven years ago has he had a role that he could really put his natural charisma to good use. His Oliver is filled to the brim personality, so you’re very quickly able to deduce why the pair fall head over heels for each other. Additionally, his swagger in front of others and his own tenderness with Elio really gives the impression of a fully realized character. So hey, if I really liked the leads and I thought they had great chemistry with each other, I must naturally be in love with this film, right? Well…

Look, I liked the movie a lot, but I’m not putting this in my “best of the year” category and that mostly comes down to some major pacing issues in the beginning of the film and some portions in the middle of it. The first 40 minutes felt like a slog to get through, mostly because your two leads were barely interacting with each other. The movie really does come alive as Oliver and Elio begin to flirt with each other, especially when the latter comes out to the former about his feelings.

Before this, the film embraces a “slice-of-life” narrative, which I really have a tough time attaching myself to these kinds of stories. Now recently, I appreciated Lady Bird very much despite it’s slice-of-life nature, but that film knew how to keep the pace going by quickly introducing a diverse cast of characters with some genuinely great dramatic hits to keep the interest up throughout the entire movie. Call Me By Your Name does have those kinds of moments but in much shorter supply, so instead it doesn’t offer much beyond beautiful cinematography of the Italian countryside and two music video sequences with little dialogue and showing off the movie’s original soundtrack by Sufjan Stevens.

And while I know people appreciate a good ol’ travel log, I do yearn for something more beyond a solid romance. Whether it’d be a fantastical metaphor for outcasts finding love and comfort with each other, or the main motivation at the center of a series of double crosses and betrayals. Or hell, even beautiful images mixed with a unique soundtrack can really dig their hooks in me like La La Land did. Call Me By Your Name‘s romance does nonetheless feel authentic enough for me to genuinely care about the couple’s relationship, but it does so within a 2 hour and 10 minute film that could have really been assisted with some quick edits particularly in the beginning.

Additionally, and I hate the bring mood down further, but I did feel slightly uncomfortable with the age difference between your leads. I mean we just had an internationally seen election campaign that was dogged with scandal on part of one of the candidates “courting” underage girls. Now granted this may come down to a matter of culture,  as here in America, the age of consent is usually (with noted exceptions) 18-years-old. Meanwhile, the age of consent in Italy, is, as I understand it, only 14-years-old. So…I leave it to you, dear viewer, to decide with whether or not this makes you uncomfortable. It did that for me, but it wasn’t intensely distracting in this film that it affected my final judgment.

Ultimately, the director, Luca Guadagnino, did craft a very heartfelt romance that does touch upon many realities of dating. Particularly when it comes to expectation, excitement, passion, and heartbreak. The last shot of this movie is honestly perfect, and it genuinely resonated with me because I have been exactly in that position before. And I suspect I will not be alone with drawing that connection. So for the impressive work by Chalamet and Hammer combined with the solid script by James Ivory and Guadagnino’s direction, I’ll give the film a high…