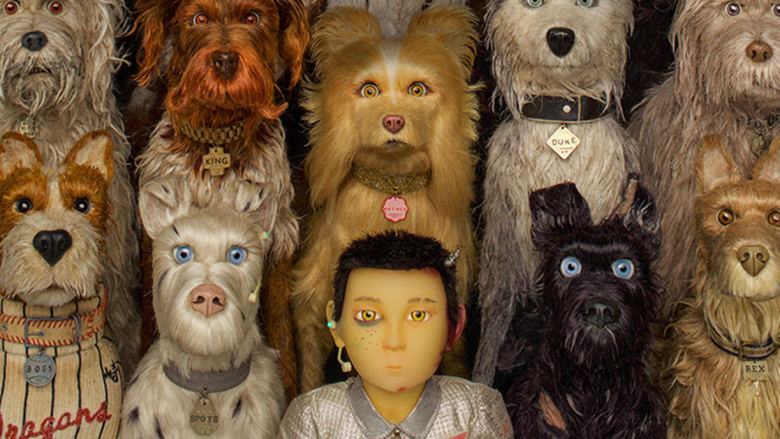 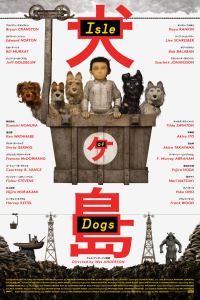 Wes Anderson is that rare creator who has an unmistakable style that is both a blessing and a curse for the man. See, people know exactly what they’re getting if they see any of his nine films, which has also led to a degree of predictability of the director. Granted, this has led to some wonderful creations like Rushmore and The Grand Budapest Hotel, but I’m personally not a fan of some works like Moonrise Kingdom and The Life Aquatic on account that the whimsy kicked so far into overdrive that it left me behind completely. Now before his latest film, Anderson actually dabbled in stop motion animation with The Fantastic Mr. Fox which suited his peculiar style and was genuinely a great film in its own right. Can he capture lightning twice? Well, it would have been easier for him had Anderson not decided to step on a cultural appropriation landmine…but we’ll touch on that in a bit.

So we find ourselves in the futuristic city of Megasaki, Japan where, after a nasty outbreak of “dog flu,” the ruthless mayor Kobayashi (Kunichi Nomura) spurns the population into exiling all dogs in the province to Trash Island with the first canine being the mayor’s own guard dog, Spots (Liev Schreiber). Months later, we follow a pack of hungry dogs doing their best to survive the wastes of Trash Island including the scrappy Chief (Bryan Cranston) and his cohorts Rex (Edward Norton), King (Bob Balaban), Boss (Bill Murray), and Duke (Jeff Goldblum). The quintet come across a tiny pilot by the name of Atari Kobayashi (Koyu Rankin), the mayor’s distant nephew and ward, who has come to Trash Island in order to rescue Spots from the severe conditions. The pack convince the reluctant Chief to come with them and assist Atari on his quest; but trouble is meanwhile brewing in Megasaki as the Mayor continues with the next step in his plan to rid the city of all dogs by any means necessary. A foreign exchange student named Tracy (Great Gerwig) suspects something suspicious is going on after her own dog, Nutmeg (Scarlett Johansson) is taken to Trash Island.

Now the usual trappings of a Wes Anderson joint are well accounted for here: Bill Murray has a role, a bleak and terrifying world is offset by awkward underdogs (here that’s very literal), a charming soft soundtrack, gruesome imagery played for laughs, innocent high school-like romance, nearly perfectly symmetrical sets, and execution of overly complicated plans are complicated by bizarre happenstance that favors the protagonists. I swear you can play mad libs with most of his films, but the difference between them are in the finer details of strong character work that makes you care about what happens to all the protagonists, antagonists and side characters by journey’s end. It’s a knack Anderson has developed ever since Rushmore, especially as he gives relatable flaws in many of his characters that make them seem more human even as they behave in peculiar ways. However, it’s less pronounced in this production on account of the focus switching between three different perspectives, each jam packed with a ton of characters so it’s harder to pin down a single character to give a damn about. Only Atari and Chief come close to such relatability, but even then it’s not particularly fleshed out nor highly intriguing to watch.

My favorite performances to watch in a Wes Anderson flick are the absolute dickheads of the piece with a tiny shred of honor in them. But Isle of Dogs doesn’t have such a character for me to enjoy, and instead we have to witness a bunch of his quirky creations attempt to communicate with each other but not always succeeding. See, while all the dogs speak in regular American English, all the Japanese characters speak their native tongue and large portions of their dialogue is not translated. You only ever get to understand what these particular characters are saying when a live person or an electronic device translates Japanese to English from time to time, and must use context and body language to get what they’re talking about at all other times. On one hand, this helps explain the language barrier between dogs and humans in a clever way; but on the other…well, this is where you start to pay attention to some odd choices the director made that could be taken the wrong way.

See, the majority of the Japanese speakers in Isle of Dogs are villainous and some characters are molded to be grotesque caricatures of Japanese people as opposed to the scruffy looking dogs that serve as our heroes. While some might think I’m looking too much into the piece for some type of “plea” for political correctness, bear in mind that I am a film critic. So everything presented in a movie was deliberately placed there for one reason or another, and could have both intended and unintended interpretations (see this great video by Lindsay Ellis on the concept of coding for such examples). Hence, I posit that Isle of Dogs unintentionally vilifies the Japanese as monstrous people who hate dogs (but are cool with cats) through its use of language as well as the design of certain characters, especially when the film chooses to idolize one particular character who speaks mostly English.

You see, a pro-dog movement is organized by several high school teens against Mayor Kobayashi’s efforts, but it is only the American foreign exchange student, Tracy, who correctly susses out that the mayor is merely using “dog flu” to eliminate canines from the province. Further, it is only through Tracy that a substantive journalistic investigation takes place that seeks to expose the Mayor’s conspiracy. Hell, Tracy even slaps Yoko Ono playing….”Yoko Ono San” to confirm a major detail in her investigation. Oh yes, and she develops a crush for Atari Kobayashi even though they never speak to each other…ever in the film. Like, at all.

It doesn’t help that barely any of the Japanese players get any characterizations at all. Hell, Atari isn’t all that developed compared to his uncle, and we have to spend more time with the former than we do the latter. Actually come to think of it, I knew more about the English-talking Tracy than I did about Atari, and he’s the human you spend the most amount of time with in the film. But that’s the thing, he’s not really a character so much as he is a prob or a Macguffin to drive the plot and serve as the catalyst for Chief’s character arc…and he’s the only character in the entire film who’s allowed to have one. It’s a bit bizarre now the more I think about it.

Now while these elements are indeed distracting as hell, and may offend those who feel like Hollywood has decided to ignore them, I’m not entirely down on this film. Isle of Dogs does possess a unique aesthetic that’s beautiful to watch on its own, and the trademark Wes Anderson dark comedy definitely got a few chuckles from me and the rest of the audience in my theater (which was composed entirely of adults and not one single kid…because this is soooo not a children’s movie). Additionally, the voice acting is superb from the likes of Gerwig, Cranston, Norton, and F. Murray Abraham with plenty of opportunities to appreciate their talents. Though one complaint I have is that I could barely tell the voices of Goldblum, Murray and Bob Balaban apart as they were all lumped into the same group of dogs that all spoke in the same peculiar method. While some out there would chastise me for making such a mistake, keep in mind I could barely tell Orlando Bloom apart from Luke Evans…so you could have imagined my confusion the last Hobbit film.

What you’re left with at the end of the day is a very pretty but ultimately hollow animation that does its best to pay homage to classic Japanese films, but introduces elements in such a clumsy manner that it leaves the viewer with questions about how decent it is. While I had an alright time with the movie, this won’t rank among my Anderson favorites nor is it one of the films I can’t stand from him. So I’ll give this the same rating I gave Rampage…yes I’m going to give a video game film the same rating as a Wes Anderson joint. For I am a rebel. This is a low…