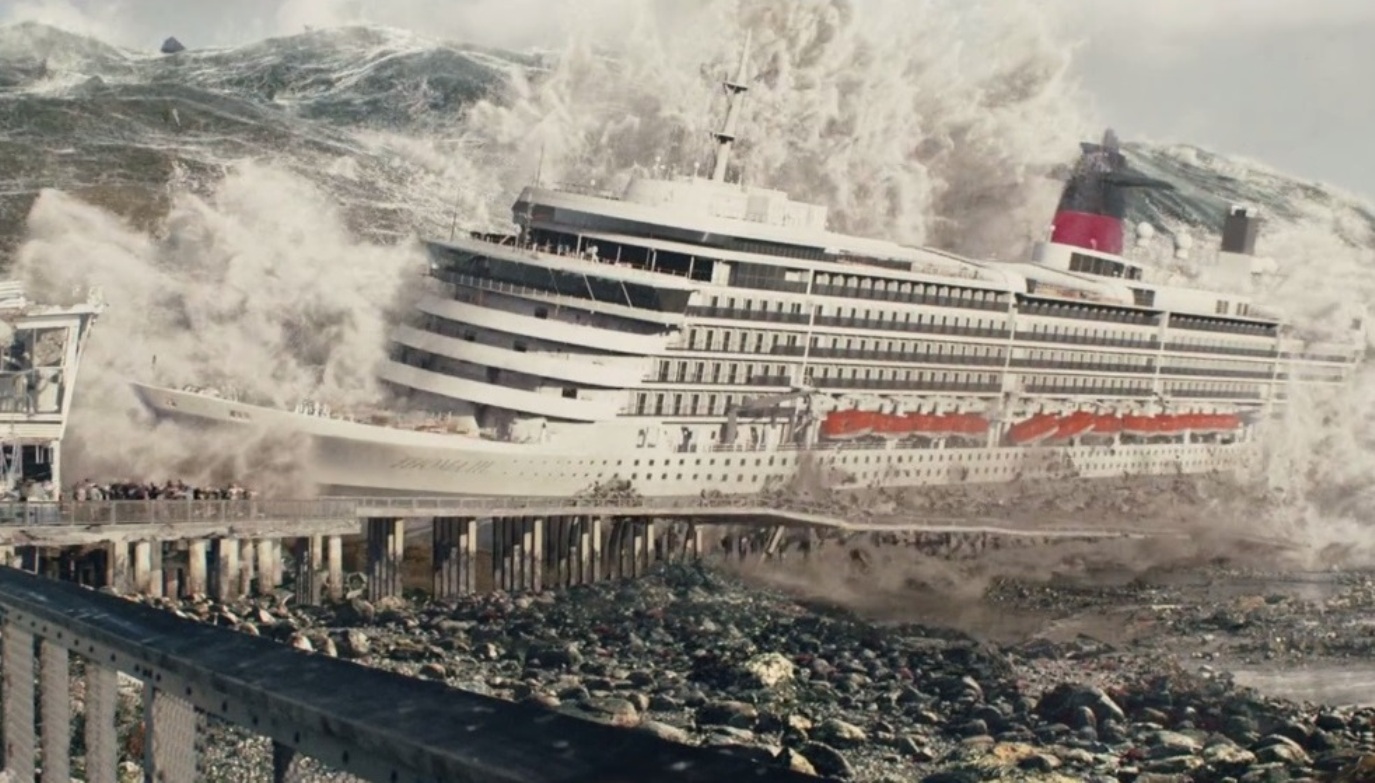 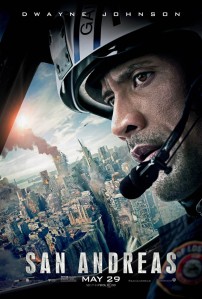 No, it’s not about Grand Theft Auto. Yes, it’s referring to the actual San Andreas Fault Line. Is it any good? Well, for a big budget spectacular disaster movie featuring The Rock, it gives a big ol’…”meh.”

Disaster movies are a tricky concept. After all, audiences are not there to see the actors or experience an engaging script or story. The movies are only here to show you how they can fuck a city up in the worst possible way. At the same time, it’s a bizarre contrast to the fact we despair when presented with actual disasters in real life like the Japanese Earthquake, the South Asian Tsunami, or even the World Trade Center attacks. So perhaps we use disaster movies to experience our worse case scenarios from a safe place. Or maybe I’m reading too much into things because San Andreas really isn’t that interesting to talk about like films like Armageddon, 2012, Deep Impact, Volcano, or basically anything Roland Emmerich has ever made.

Still though, your basic disaster movies features an ensemble cast in different parts of the world or country or city experiencing a cataclysmic event and responding to it in various ways. That’s the magic formula. San Andreas, on the other hand, decides to focus on The Rock’s character and his family as they try to get back together as the ENTIRE San Andreas fault line goes off from San Francisco to Hoover Dam.

Now, The Rock’s character plays a rescue helicopter pilot with hundreds of saves under his belt. That would actually make for an interesting movie as he flies from city to city trying to save as many as he can. But weirdly enough, he abandons the whole “saving everyone” thing to basically misappropriate a rescue copter to go and save his own ex-wife and his daughter.

That’s a little…unsettling honestly. And a little less heroic. If the filmmakers wanted to focus on the family dealing with the disaster in different ways, then that would be one thing. After all, the Rock’s daughter, played by Alexandra Daddario, is perfectly capable on her own after learning so many rescue techniques from her old man and even uses her skills to save two hapless British boys who crush on her. But instead, the film’s all about the Rock making the trek from Los Angeles to saving his ex-wife from a crumbling building to going cross country to San Francisco.

Speaking of which, I really don’t “get” why every disaster movie I’ve ever seen involves a dissolved marriage or estranged family and the resulting two hours is about them coming together. This happened in Deep Impact, 2012, The Day After Tomorrow, Independence Day, and a few others I’m not thinking of right now. I guess it’s a way to give some focus on the “why” and the “how” of surviving the disaster and taking audiences from set piece.

“Set piece” really is the phrase to describe each scene in this film. And the set pieces here are kinda…well copies from every film I just referenced. Honestly, I really couldn’t think of a unique scene of something I never saw before, done better. And the 3D in the theaters is a more or less useless since it’s not done for good effect.

The cast at least all turned in decent performances, even if they were just playing the typical “tropes” in a disaster flick. I didn’t hate this movie, but I was kinda bored. Checking this out on cable or Redbox would probably be acceptable, but there’s no real reason to check this out in theaters. Giving this a solid…