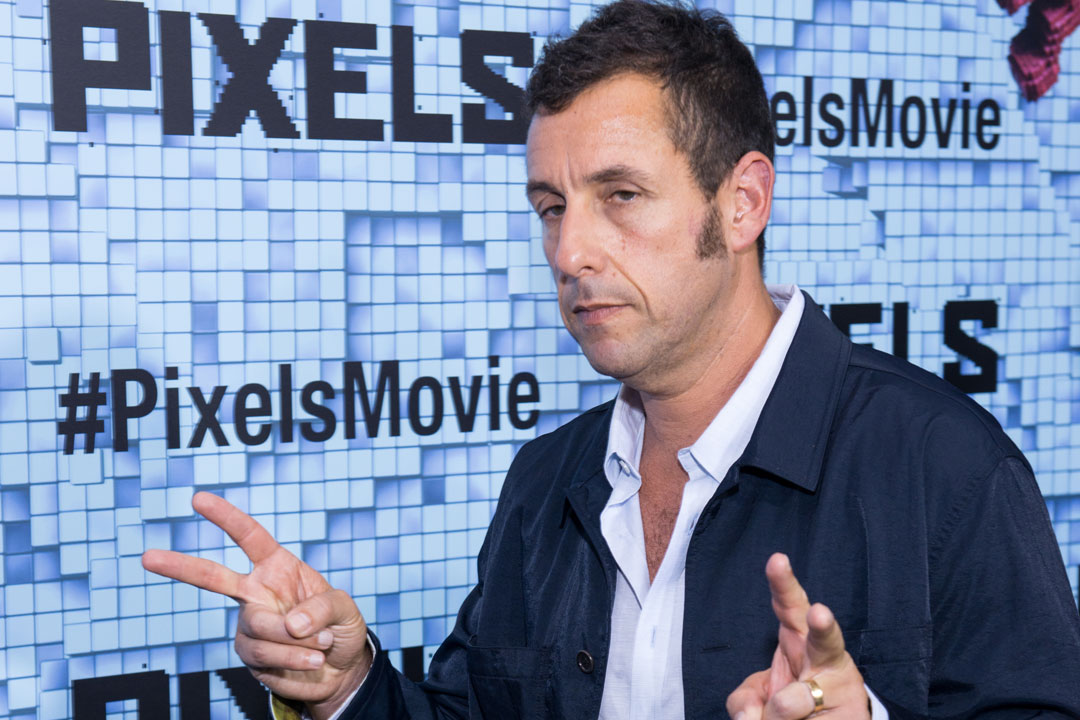 My God. I don’t know how Adam Sandler and his posse of idiots comprised at Happy Madison Productions do it. Somehow they managed to shit out a film that’s even WORSE than their last. Somehow they manage to take a decent, interesting concept and lobotomize it so they can make a bunch of half-assed 80’s joke…I’m sorry not jokes, REFERENCES. I’m sure you’ve all heard how awful this film is; and I’ll confirm that yes, this is the equivalent of getting explosive diarrhea being sprayed into your mouth by an asshole who thinks it’s a scream.

The plot, such as it is, starts with an arcade tournament in 1982 (for everything Sandler makes now must hearken back to his heyday when he could still get it up without Viagra) that records the games of Space Invaders, Frogger, Centipede, Pacman, and more to launch into space as a message of Earth’s culture to extraterrestrial life. Aliens do get a hold of the message, and end up interpreting the games to be a declaration of war. Thus they create weapons out of the old arcade game characters to challenge humanity to….not get blown up I guess.

Thus Kevin James as the President of the United States (a phenomenon that’s just as likely to happen as Trump winning a landslide in 2016) recruits his loser best friend from childhood, Adam Sandler (I’m not going to bother with character names, too angry right now), to lead a force against the aliens. Josh Gad and Peter Dinklage (oh GODDAMMIT Tyrion, what blackmail does Sandler have on you?!) are also recruited to fight the aliens in a total Ghostbusters riff, COMPLETE with matching jumpsuits.

The visual effects are boring as hell, and looked way better in the five minute short that inspired this piece of Walrus spunk. All the action scenes are poorly shot, lifeless and visually uninteresting. I’m getting the technical shit out of the way, because I want to beat up the comedy of this abortion for the rest of this review. Sorry, did I say review? I meant a goddamn autopsy of someone dying from a cackling 205-pound malignant tumor called Adam Sandler.

I apologize, I did not mean to insult lethal cancer to Adam Sandler, who everyday feels more of a giant black hole of talent. Constantly draining the talent and humor of any production he’s involved with by acting completely disinterested in every single scene he’s in. He only briefly perks up to make another 80’s reference. Not a joke, a REFERENCE. Like he’s saying, “look at this and laugh you sheep.” And sure enough, people will laugh at this nonsense as they did in my theater, and these people should never feel human love.

Kevin James in comparison continues his free fall into awfulness as the goddamn President who, somehow, joins in the fray to fight the aliens in a plot development that makes zero goddamn sense. Actually, this whole script makes ZERO SENSE. At one point in the film, the concept of using cheat codes is discussed then thrown out, completely arbitrarily. Unlike video games that operate under a strict set of “rules,” there’s no rhyme or reason or any rule to any single plot point in this film. Each scene is connected by some coked-out executive saying “and then this happens and this happens, why? Cause I fucking said so, that’s why.”

Hell trophies in the form of game characters like Q*bert are introduced to give you an idea of what the aliens are like, and the film drops that point entirely. Q*bert speaks that the aliens used to be peaceful, until they got Earth’s message, but then the aliens refer to him five minutes later as a “traitor,” despite the fact he was willing given up by the aliens to the humans. Seriously, they shot this script after a single draft, and didn’t bother to edit or perform any basic tightening of the script.

Okay, let me pause for a moment and yell a bit at Sandler who’s doing the SAME, EXACT SHIT he’s been doing for the past 15 years: he plays in every film a nearly broke, man child who has a few so-called “talents” that makes everyone around him believe he’s the world’s greatest guy ever.This film is no different with him as a Geek Squad knockoff who used to be really good at arcade games back in the day, but fell into a depression because “he lost one arcade tournament back in 1982…” as opposed to, you know, he’s just a complete loser.

But no, Sandler’s movies ALWAYS portray him as “just-the-best-guy-ever” and anyone who belittles him is clearly an asshole. Take Michelle Monaghan for instance, she turns down a kiss from him (after just having met him and telling him of her divorce woes…in her goddamn closet), and she’s called a snob by him for the rest of the movie, until it is deemed that she falls for him. This happens every damn time in a Sandler film! A hot, career woman who would never, even under near lethal amounts of mind-altering substances, kiss this moron but ends up finding him “sweet” by the end of the film as he constantly insults her.

Oh but the sexism doesn’t end there, my children. No, we have to have Josh Gad (Olaf from Frozen) come in and play a creepy, basement dwelling nerd who obsesses over a video game heroine from the arcade. Sure enough, he ends up meeting her weaponized self in the real world, and confesses his love to her and…she reciprocates his obsession with a kiss and without saying a word of dialogue. Oh it gets worse.

At the end of the film (which I’m going to spoil because fuck you), when the aliens are defeated, Gad’s heroine ends up getting sucked up with the aliens and he finds himself in a depression. Now the only game characters who were allowed to stay were considered “trophies” to the humans, including Q*bert. And then Q*bert magically turns into the heroine Gad has obsessed over and makes out with him (continuing her silence). That’s correct! The film ends with giving the creepy nerd a LITERAL trophy wife. FUCK THIS SHIT.

Peter Dinklage tries to inject some humor with his over-the-top character, but he can’t save this sinking ship. He’s going to have to give another Emmy-caliber performance in Season 6 of Game of Thrones if I’m ever going to forgive him for this bullshit. Oh and his old co-star Sean Bean is in this wasting his talents as well. Hell Chris Cox decided to join the show to solidify a triplet of high caliber actors slumming it in a Sandler ejaculation.

Screw Adam Sandler. Fuck Kevin James, And damn anyone who thinks this film is good or funny. Never speak to me if you like this film, because I will never, EVER forgive you. Finally,