Technically this should be known as the Some Ol’ Bullshit of 2015 or the Fuckers of 2015, but Google search frowns upon such titles…though they never say anything about the text. Two words of caution for this film list: 1) I did not see every single awful movie of 2015 so Blackhat is out of the running and 2) my #10 belongs to a film that I thought was bad but was no less entertaining in it badness, elevating the material to campy. A critic-turned-screenwriter, named C. Robert Cargill inspired me to conduct the list like this and I pay homage to the man with a great quote from him when it comes these lists:

A Worst of is a fuck you. It says “of all the films that came out this year, yours should be eradicated from history and contains no merit whatsoever.”

Without further a do, here come the ten…

This is my favorite film to watch while gleefully making fun of it. On the surface, the art and special effects are absolutely gorgeous; but the film still feels like a rushed adaptation to a comic book you never heard of (nor ever will since the whole series is dead after the abysmal opening weekend). And yet, outrageously campy performances from Channing Tatum and Eddie Redmayne saved this film from mediocrity. If you ever see this movie, grab yourself a six pack of the strongest beer you can find, and let this thing rip.

Several films managed to piss me off this year, but this dump managed to incur the lesser of my wrath for several movies being much, MUCH worse. An utterly trite and pointless remake, Nu-Poltergeist should go down in history as a big “how-not-to-reboot-a-stale-horror-franchise,” but given the fact people are STILL trying to remake Friday the Thirteenth and Nightmare on Elm Street, my prayers will fall on deaf ears. As for Nu-Poltergeist, it was so bland and milquetoast that the only reason it infuriated me was that this is what we are to expect whenever someone tries to remake Spielberg’s magic. Looking forward to the remake of Close Encounters of the Third Kind… 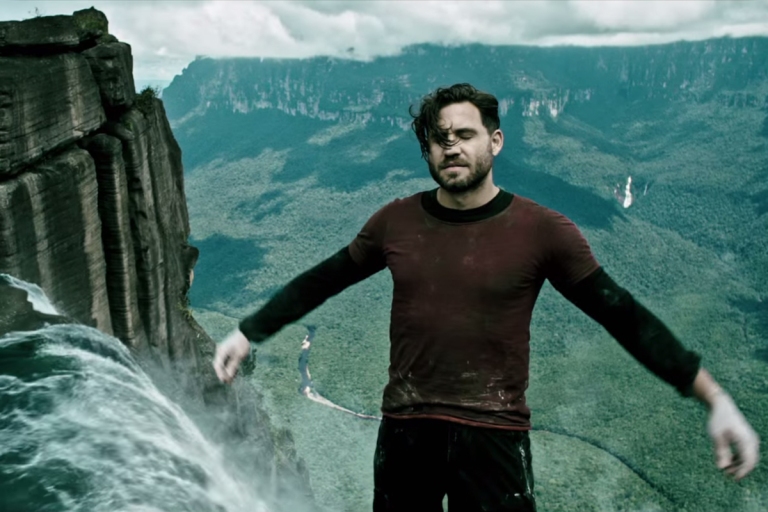 Yet another remake that did not need to fucking exist, Point Break is what happens when you try to take something that was originally goofy and action-packed and made it to somber, drama filled affair while aping other action flicks poorly. Absolutely blank, wooden performances from your two leads, romances that went fucking no where (both the homoerotic one and the hetero-normal one), and poorly shot stunts that you could see for free on YouTube. Skip this miserable pile of trash.

My second favorite review that I wrote in 2015, and entirely because I wrote it in limerick. And I had to rhyme my review, because this was the most boring romance I had seen in years. Simultaneously, it managed to have the most convoluted and pointless B-Story involving nuclear weapons aboard satellites while warding off Polynesian ghosts and gods. It sounds interesting, but trust me when I say they fuck that part of the story completely up.

I couldn’t believe this movie after I finished seeing it. Someone actually paid a bunch of teenagers to go around a school and use a crappy digital camera to make one of the most badly filmed found-footage horror movies in the past decade (and given the Paranormal Activity movies’ grip on the genre, that’s saying a fucking lot). This film manages to combine acting quality from a head trauma ward, nonexistent camerawork, a mind-numbingly idiotic plot, and the least frightening ghost since Patrick Swayze for a movie that shot for the bare minimum a film can be to qualify as a “feature film.” 80 damn minutes…and long swathes of those 80 minutes are straight up padding. There’s barely enough material in here for a short on YouTube. It’s only proud distinction is that it is the least worst production from my arch nemesis, Jason Blum.

A somewhat controversial choice for a bottom ten list, only because this film never premiered in a theater and went straight to Netflix. But in a year that brought me a quality film like Beasts of No Nation, as it sits proudly among my Top 3 of the year, I have therefore rationalized it would be remiss of me to go “easy” on Netflix movies. As such, The Ridiculous 6 is a big, heaping, festering, unforgivable, boring, putrid, piece of cancerous shit. As Adam Sandler continues his brave attempt to make the most godawful movies of all time, I can’t help but think where it all went wrong for his cowboy spoof. Was it the projectile diarrhea from a donkey? Was it Steve Buschemi slumming it as he shoves cream into the anus of said donkey and applies the remains of the cream on his lips? Was it featuring Vanilla Ice as Mark “Motherfucking” Twain? Or was it the complete absence of any fucking joke in this 120-minute tragedy (fuck calling this a comedy, I think I was more depressed leaving this than I did with Beasts of No Nation). Perhaps, it wouldn’t be so bad if I knew that this was the lowest Sandler could go…but I was wrong children. So very, VERY wrong. 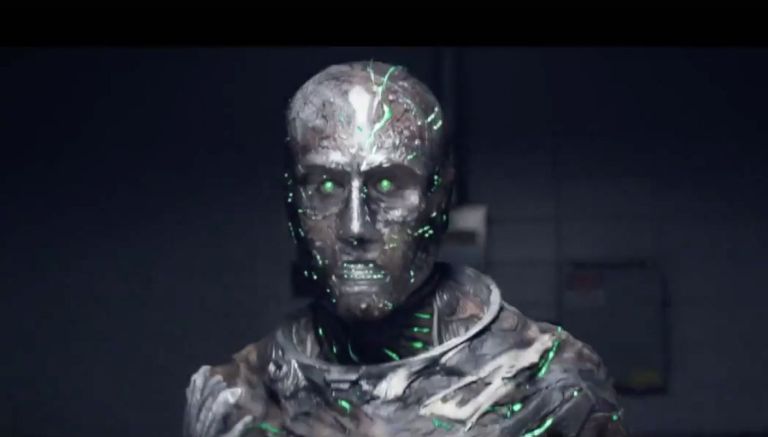 Why bother calling this Fantastic Four? It looks, sounds, and feels nothing fucking like the original source material. In an age where Marvel has turned the concept of superhero films into a well-oiled machine, it’s fucking baffling a movie like this could exist. But if fucking does. What’s worse is that you could almost see a kernel of a good idea in the first thirty minutes. But all potential gets blasted to smithereens once the main characters get their powers and you’re treated to a gloomy, badly paced, incoherent, and hysterically short superhero flick. I’m just thankful that Michael B. Jordan found success in Creed after this mess, though can’t say I will miss the director, Josh Trank. 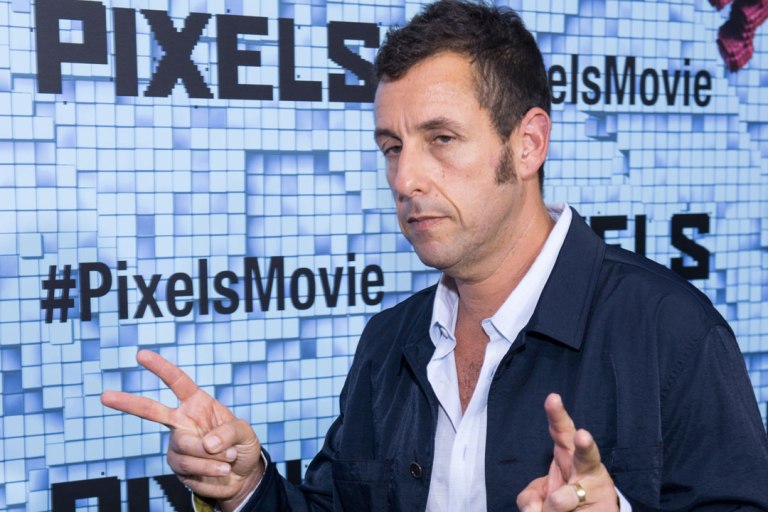 Picking the bottom worse three was a surprisingly difficult challenge. I wanted to figure out which films truly had no fucking redeemable value whatsoever. And going over my review of Pixels, has reminded me of the one person who could waste valuable talent like Peter Dinklage, Sean Bean, and Chris Cox on a boring, unfunny, two-hour fecal water slide. And if you need any further proof that this film is garbage, just look at Adam Sandler throughout this movie. He’s bored out of his goddamn mind, only showing the slightest bit of interest when he has to do a scene featuring 80’s music. For the rest, he’s sleepwalking for a film cravenly designed to cash in on 80’s nostalgia. I’ve given up hope on the guy ever producing a quality film ever again. 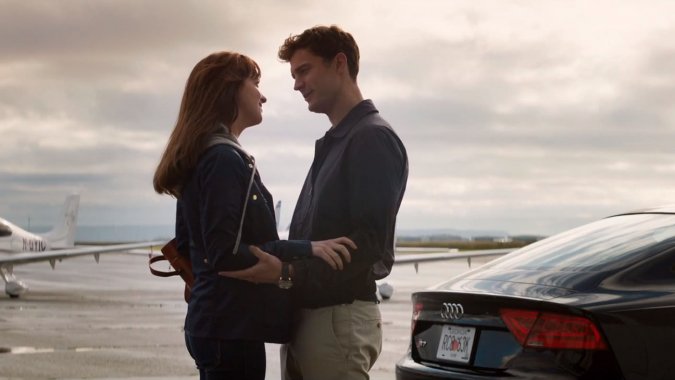 Probably my favorite review that I wrote in 2015 for being so uncompromisingly shit. About as sexy as getting your gonads removed, Fifty Shades of Grey should be commended for showing everyone just what happens when you support crap fan fiction, you get a meandering flick showing everyone how an abusive relationship functions while slandering the name of kinky sex practitioners who have gone to extraordinary lengths to describe how this bullshit does not stand in their circles. Never before have I seen so many people become infatuated with a complete sociopath, but what can I expect from the audience that turned Twilight into a blockbuster movie series?

#1 Jem and the Holograms

Yes people, THIS managed to top the worst of the year. No, not even Adam Sandler can reach the depths of hell that this film currently resides in.  Actually, I can’t call it a film. To call it that would be an insult to the entire medium. This is a black hole of atrociousness. It wasn’t enough to slap a barely recognizable intellectual property onto this thing, no Jason Blum just had to make it so goddamn stupid that only recipients of frontal lobotomies will think it’s fascinating. Then he had to pad this 120-minute torture session with unrelated YouTube clips featuring musicians with actual talent as well as fans of the original 80’s cartoon excitedly telling the world what Jem meant to him. That’s fucking disgraceful to exploit people’s nostalgia for the childhood by having them pour their hearts out and slapping their confessions onto this abortion.

I have no iota of sympathy for anyone involved in this production. Not the director who clearly didn’t give a shit. Not the actors, who should have at least rehearsed their lines a few more times before going in front of a camera. And certainly not the fucking songwriters who were clearly tossed out of Lady Gaga’s and Taylor Swift’s circles for being TOO predictable.