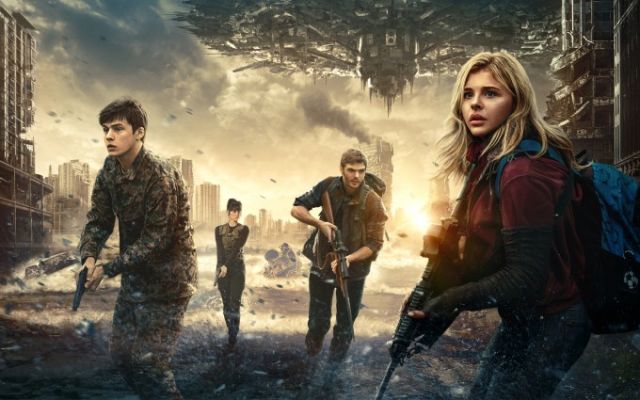 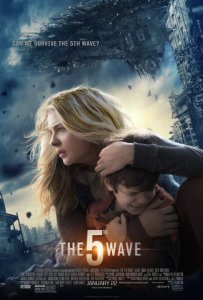 What a bloody surprise that yet another YA adaptation completely fails to be remotely interesting and engaging, or even horribly and laughably bad. Yep, we get yet another middling, dull, coma-inducing from the paint-huffing masterminds at Sony Pictures. Seriously, are all these YA novelists playing mad libs with their plots?

This movie isn’t even as bad as Twilight or the ookie cookie (look it up) that was Divergent. What we have is a main character who I like to call a “Hat” (trademarked by me). A Hat is a main character who has had all character and personality sand blasted off to create a protagonist meant to be the audience surrogate. The logic is that because the character has no discernable traits, that means anyone in the audience could identify with by simple virtue of the fact we are following this person and we ourselves project our own personality to fill in the gaps. This is the kind of protagonist usually seen in first person video games like Halo, Killzone, and every single damn Call of Duty. In essence, it’s a character for the audience to wear like a little hat.

So for this round of “system that wants to kill teenagers who don’t conform plus useless love triangle,” I mean the YA hoedown, we get Chloë Grace Moretz (Hit Girl from Kick-Ass) as the “Hat” named Cassie who witnesses the end of the world through the arrival of aliens called the “Others”…seriously? Not the fucking Blastonians? The Chuparabids? Just a boring ass name for aliens, huh? Whatever, the Others attack humanity first by cutting off all electronics…and mechanical operations through an EMP? Fuck it, it’s called the “First Wave.” Followed by mass earthquakes (Second Wave) and disease (Third Wave). But now Cassie is dealing with the Fourth Wave, the Others looking like regular humans out exterminating the surviving humans.

So yeah, the aliens decide to wipe out all of humanity for…actually they never get around to explaining why they want the humans gone. They make some point that they hate hunan “love” because it is worthless to them and weak, but that still doesn’t explain why they want all of humanity eradicated. They just want to kill them because reasons.

Anyways, Cassie’s parents were killed by the various waves leaving only her brother alive on some military base run by Liev Schreiber (slumming it after working on such a great film like Spotlight). So Cassie embarks on a quest through the forests of Georgia (because it’s cheap to film there) to rescue her brother. Along the way she grapples with the other YA staple of a love triangle with Hunky Boy A and Hunky Boy B. Didn’t bother listing their names because both were fucking useless.

I want to rag on Hollywood and their penny pinching mentality for a bit. While I have no problem with saving on costs to produce a movie, I’d actually appreciate if you weren’t reusing sets I’ve seen a few quintillion times in movies and television shows. The forest, military base, city and highway scenes look eerily similar to The Walking Dead. For a large part of this film, it’s pretty much a camping hike across these locales that have been recycled so many times that I wouldn’t be surprised if a shambling zombie accidentally wandered on to the set.

Or maybe they actually did so the entire cast is on sleep mode through this damn thing. Wooden, stilted, and unnatural dialogue plague this movie so you don’t have anyone to sympathize with or relate to in the slightest. Hell, the so-called action scenes are poorly shot and obviously computer-generated that you can’t take them seriously or even enjoy in a basic level compared to something like 13 Hours.

Perhaps the biggest disappointment for me is Chloë Grace Moretz as the main character. I know she was barely given anything to do, but hell Shaileen Woodley put some fucking effort into something as drab as Divergent, that I could at least sympathize with the actress being wasted. Moretz unfortunately rarely emotes through this debacle that she could easily be mistaken for taking Kristen Stewart’s acting notes. And it’s shame, because I’ve seen her put tons of effort into stuff like Kick-Ass and Let Me In, that I’m beginning to wonder if she’ll survive the transition from child actress to major player in the Hollywood scene.

The less said about the rest of the cast the better, nobody tried to do anything of importance through this damn thing that I quickly forget their character names as soon as they were introduced.

Hell I kept forgetting the main event this film was apparently building towards: the reveal of the Fifth Wave to wipe out humanity. I’d like to spoil it because it’s head-bashingly moronic, so if you’re that interested in these YA spit balls, then just skip to the end for the rating (I also have a bridge I’d like to sell you, feel free to e-mail me).

They’re gone? Alrighty, the Fifth Wave is revealed to be the Others training kids to hunt down and kill the surviving humans. That’s it. It’s also fucking idiotic. I’m sorry, these aliens mastered time and space, have the ability to mutate viruses, possess human beings, causing natural catastrophes at will, and sending out electro-magnetic pulses that disable anything using electricity AND somehow anything mechanical (the author really should brush up on his “science” for his “science fiction” story)…but these assholes think the most logical way to get rid of every last human ever is to train a bunch of kids to kill their own kind using cheap ass illusions? That’s completely fucking stupid.

There’s really no other words to describe this slog. Even on the standards of YA Novels (which aren’t great to begin with), this literally has no value whatsoever. This is straight up…