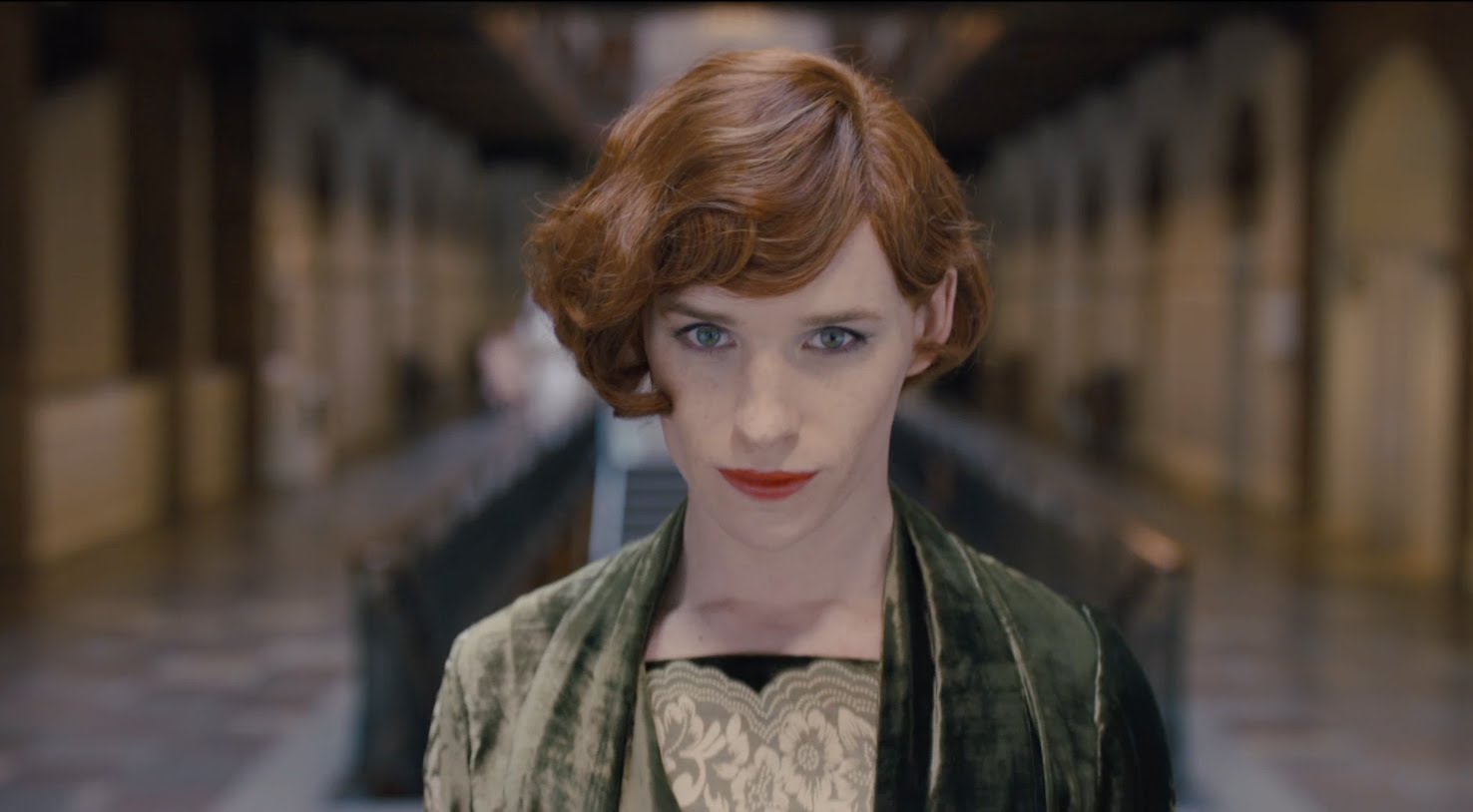 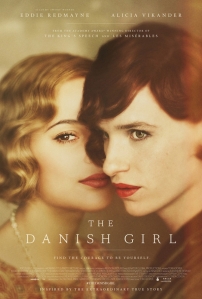 Ooooh, a controversial topic? Biopic of the first transgender woman to receive sex reassignment surgery? Surely, this must be a shoo-in at the Oscars…and yet it isn’t. And the reasons are a bit peculiar…

Like I said, we’re following the life of the recipient for the first man-to-woman sex change in recorded history, Lili Elbe/Einar Wegener, played by Eddie Redmayne. We start with his lovely marriage with his wife, Gerda (Alicia Vikander from Ex Machina), when Einar starts to experiment with wearing woman’s clothing. At first Gerda goes along with Einar’s eccentricity because, hey she’s into freaky shit, and even christens Einar’s feminine side to be “Lili.” Of course, the games are up when Einar doesn’t want to play anymore and begins to feel he really is a she.

Let’s crack Eddie Redmayne first. There appears to have been some controversy in a born guy playing a transwoman. Now that we live in an age where transexuals are becoming more open about their identity, with some clearly showing superb acting chops, I find people’s grievances to be understandable. Especially so in an age where the status quo is shoving the same message down our throats. To Redmayne’s credit, he still does a fine job in the role and I found this to be a better use of his talents compared to last year’s Theory of Everything.

Redmayne does have some natural feminine features that you can see the transformation from a mile away. “Transformation” really is the word of the day here, because Redmayne’s posture, speaking style, and personality morphs totally as he transitions from Einar to Lili. The performance alone is worth a look as it is complimented with great costume and makeup design. It just would have been nice if the script would have helped him along.

Biopics are always a tricky sell, because they don’t follow traditional narrative conventions, you’re following a person’s life from their mundanities to the moments that define these people. But the problem is we don’t get a lot of internalization from either Einar or Lili, we mostly see him or her explain what is happening but not a whole lot on what they feel is happening with their body. There’s a montage of psychologists taking turns poking and prodding at Einar that left him a mess, but Einar is kind of speechless during these scenes. Lili left me wanting for a bit more to understand what goes through someone’s head when they come out to others with this revelation about their gender identity.

Like I said previously, transexuals are gaining more exposure in the limelight be it from tabloid celebrities or from up and coming thespians. The majority of people around the world, including America, don’t really understand or can even process how one can even think gender is fluid. So it would have been nice to see a character explore this transformation in a high profile movie. But The Danish Girl only gives us a few glimpses into that mindset in two memorable scenes where Redmayne touches his own body (both utilizing a mirror technique) and “feels” something is off.

We really don’t spend a whole lot of time with Einar becoming Lili, the focal point of this movie is really on Gerda. Alicia Vikander is quickly becoming one of my favorite artists for taking on challenging roles, and on paper Gerda can be quite fascinating. Seeing someone you love try to explain to you that they are not really the person they claimed to be can be disheartening for anyone to listen to, and Vikander shows the both the pain and surprising tenderness in Gerda as she still tries to support her husband with the change.

Gerda even forms a relationship with one of Einar’s childhood friends, Hans (Matthias Schoenaerts, dude seriously looks like Vladimir Putin…no really check this shit out). She reaches out to him to talk some sense to her husband, but this dude’s a straight up player. He’s the patient kind too even as Gerda says she’s still married; his reaction is a simple “for now, you’ll be back.” The exchange is entertaining and interesting, but it goes back to the weakness of this film moving away from Lili. Gerda feels more like the central character here, far more than Lili. This becomes much more apparent in the latter half on the film as it focuses on Gerda’s painting career in Paris.

It’s a bit disappointing really, because everything else about the movie is pretty solid. Moving score, fantastic production design with costumes and makeup, etc. I’m not a fan of Tom Hooper but I can admit the guy has a great eye for how things are supposed to look as he did in Les Miserables and The King’s Speech. But like those movies, there was something lacking in character in certain portions of the script. The Danish Girl really highlights his faults in that respect because he can’t focus on his main attraction.

It’s still a competently made film much like Hooper’s previous two films, but oddly to me there doesn’t appear to be that much love for his new film. Maybe people have finally caught on that he really doesn’t know how to make a movie that really makes you feel something. Regardless, as with yesterday’s review beginning with the word “The,” great acting saves a weak script so this will get from me a low…

One thought on “The Danish Girl Review”