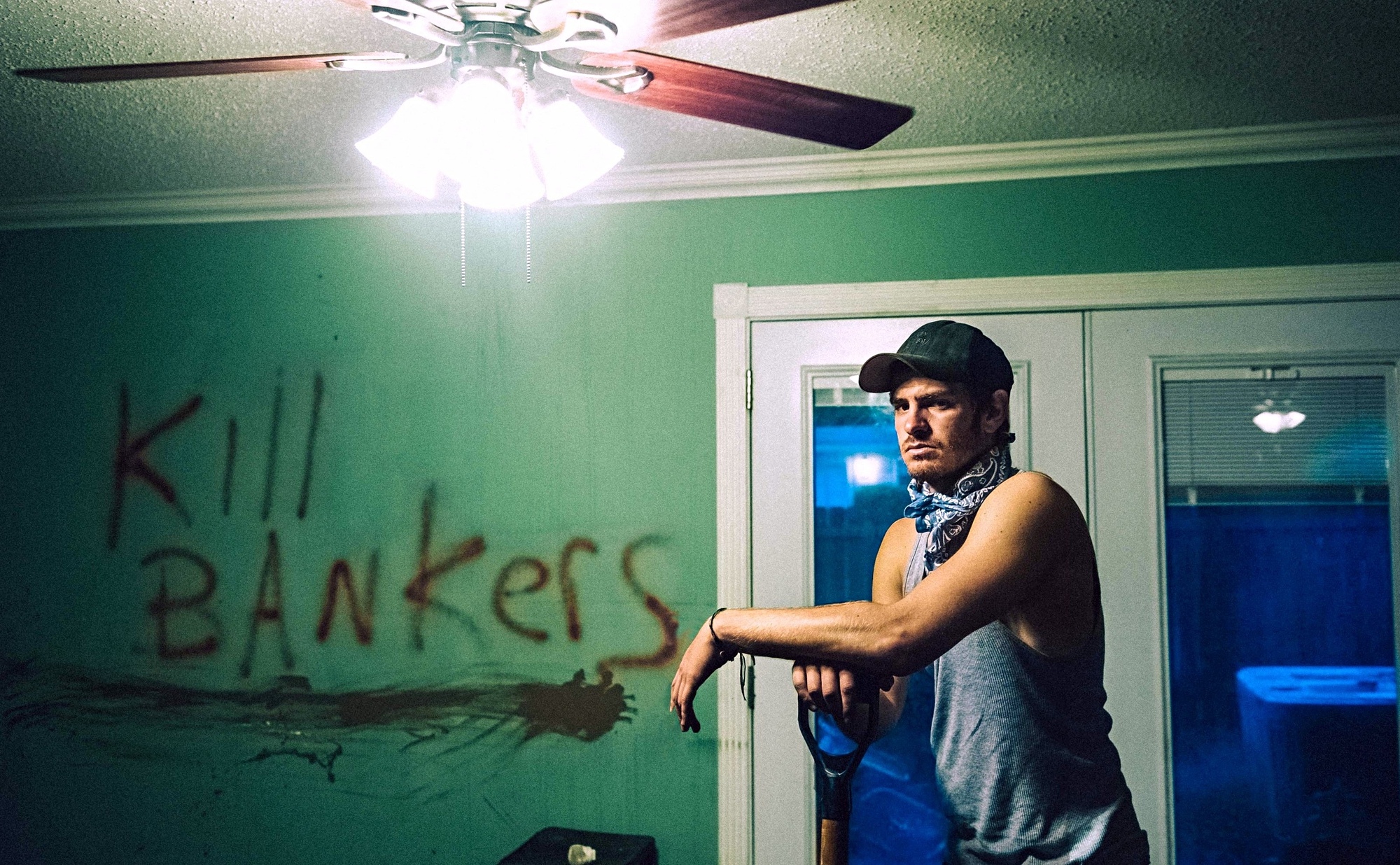 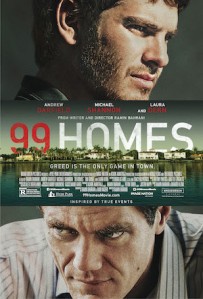 Time for yet another exploration into the horrors that was 2008 financial crisis, only this time we have a film that adds the one ingredient that was missing from the last film: emotion….and a great script…and focused actors…and great direction…and….

This is the story of Andrew Garfield as John Nash, an Orlando, Florida native and construction work finding his home foreclosed as he couldn’t make loan payments on account of the housing slowdown in the aftermath of the 2008 crash. Desperate to make money for his mom (Laura Dern) and son, he ends up working for the very guy who kicked him out, Rick Carver (Michael Shannon, Zod from Man of Steel). Carver claims everything he is doing (offering cash for keys, ripping out air conditioning units from vacated homes, etc) is perfectly legal…yeah no, it’s totally not. But Nash needs money, and he quickly shows just how far he’s willing to go.

Garfield is truly amazing in this. He has completely redeemed himself for the awful Amazing Spider-Man films to me, and reminded me why I loved this guy when I first saw him in one of the few movies to make me cry: Never Let Me Go. For this film, he gives you a man who has truly lost everything but his family so you can believe why he’s so willing to work for someone truly evil. And even as he himself partakes in the foreclosure business while also finding opportunities to exploit people and the system that failed them, you see the moments of hope he has with his son and think (for a moment) “well he’s justified; after all the system treated him so callously, it’s only fair for him to do it.” It’s Breaking Bad all over again, a protagonist you sympathize with and buy his excuses to follow him as he descends further and further into hell.

And the Virgil who guides Nash into hell comes in the form of Michael Shannon. He’s absolutely detestable here and I love it. Also redeeming himself from a weak comic book adaptation, Shannon straight up seduces Nash (and you) with his harmful business practices in several rousing conversations explaining his twisted logic. I’m not going to lie, it was hard to argue with him at first. Hell, he even makes the rationalization behind kicking people out of their homes seem perfectly sound. And he rarely ever threatens people or Nash in particular, he simply presents a series of tools before them and says “you got a choice: sink or swim.” That’s a thousand times more terrifying than the dude who threatens others to get his way.

The script is pitch perfect, moving briskly from scene to scene and giving you everything you need to know about these characters and cutting out all the fat. Co-written by the director, Ramin Bahrani, he crafts a powerful script that both shows you the effects of the 2008 financial crisis on common Americans and developing a coherent story that focuses on two individuals surviving (and scavenging) in the remains of ground zero. 99 Homes is the antithesis to The Big Short, a low budget character drama that does a better job of explaining the housing crisis than it’s more expensive, flashy, and ultimately hollow counterpart.

I felt so much more agony and heartbreak throughout 99 Homes compared to several other films this year. Partly because this is such a real and still ongoing tragedy unfolding everyday. Personally, I’ve seen tons of foreclosure cases that are heard right before my civil cases in Miami, and I can’t help but notice how they unfold before my eyes and see how these people are so close to losing their homes. Fortunately, in real life at least, there are a variety of remedies that are there to make sure people are taken care of and the process can go more smoothly compared to the heartless vultures of judges and cops who parade this movie. Granted, I know that it was executed that way in 99 Homes for dramatic effect, but it did take me out of the movie for a little bit.

But the film immediately yanked me back in with highly effective direction and a great interplay between Garfield and Shannon. Laura Dern has always been a highly effective actress, but she’s in this movie for a very short period of time. But for her big scene? Fuck me that was a stab through the gut right there for me. The whole exchange made me genuinely ashamed of myself for going along with Rick Carver’s schemes and accepting them as gospel.

This is one damn good movie. And it frustrates me that no one paid attention to it at all. This movie apparently premiered back in 2014 outside the United States and didn’t come to this country until October where it got lost in the shuffle of other high profile films. It’s doubly unfortunate because this director should have been nominated in McKay’s place for summoning excellent performances from his actors and tightly framing an easy-to-follow, informative, and moving story. It’s mystifying that neither Garfield nor Shannon got a nomination from the Academy or even the Screen Actor’s Guild, because quite frankly Shannon deserves a supporting actor nomination and I genuinely believe Garfield should win the Best Actor award over Leonardo DiCaprio in The Revenant (sorry dude, but your movie really wasn’t that great).

I’m strongly recommending you catch this movie over The Big Short, but please do not make the mistake that I made and chased that dysfunctional comedy with 99 Homes. It seriously isn’t great for your blood pressure or emotional well being. But once you have been give ample time to digest the former or have missed out on it entirely, you need to catch 99 Homes. It’s one of the best films of 2015 and it’s worth every minute of your time. I give this an enthusiastic…