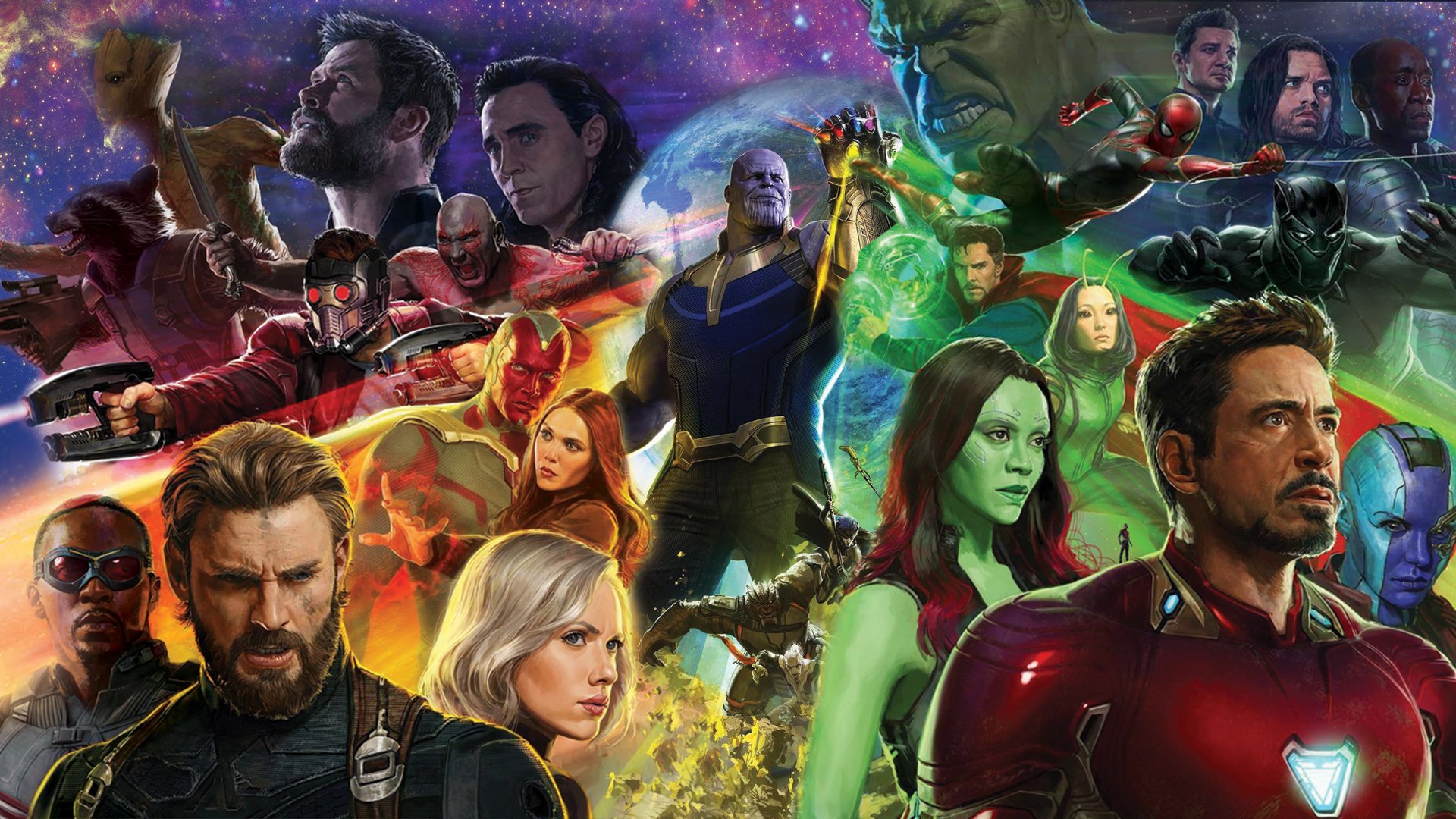 Will do a spoiler-filled discussion tomorrow; for now, let’s take a look at the film:

Avengers: Infinity War is the rare pop culture phenomenon that has its own center of gravity which makes it impossible to ignore unless you’ve been stranded on a deserted island. Whether you are a fan of the EIGHTEEN movies produced by Marvel Studios over the past 10 years, or you believe the conglomerate is everything wrong with movies nowadays and you wonder why they won’t stop, genuine criticism of the movie on its own merits is practically destined to be lost in the wave of fanboy outrage, people geeking out over minor details, or a too-cool-for-school attitude towards the movie. But that’s the joy of writing film critique: it’s to try to articulate why you did or did not like a particular movie at the end of the day which can stand once hype inevitably dies down. So let’s discuss if Avengers: Infinity War is good, bad, meh, or everything in between.

Following the events of every Marvel film ever, the insane alien warmonger, Thanos (Josh Brolin), has begun scouring the galaxy for the six Infinity Stones, rocks of immeasurable power that can grant unbelievable abilities to whoever wield them and five of which have been encountered by almost every superhero in their respective films. Thanos’ goal is to harness the power of all six Infinity Stones with a powerful Gauntlet that will allow him to wipe out half of the population of the entire galaxy with the snap of his fingers. All to achieve, in his mind, “balance” in the whole universe (I’ll let the movie explain what he means). Not down with mass extinction, roughly 21 superheroes from the previous 17 films produced by Marvel Studios, band together as the Avengers in order to secure the Infinity Stones from Thanos and save the fate of all worlds. There, I have provided an easy and digestible elevator pitch on what the movie is about without obsessing geek detailing, truly I am a master wordsmith.

So let’s get the main thrust out of the way first: yes, this is an entertaining as hell film for fans of the Marvel Studios project. For those who have patiently eaten up many of the lucratively popular films, Infinity War provides many a thrilling spectacle with well-timed humor, BUT at the expense of many narrative conventions. Please note that I specifically stated that “fans” would surely love this movie, and that’s not a dismissive observation at all. It’s merely to clarify that fans already know who many, if not all, of these characters are supposed to be, what exactly is their deal, and what were they doing prior to the events of this film. So if you are someone who doesn’t watch many of these films, it’s very likely that you’ll be lost as to the main narrative thrust and will simply not care about the trials and tribulations these protagonists must face against Thanos. It’s kind of like watching the Red Wedding episode of Game of Thrones without having seen the previous four seasons of material, you’d be completely apathetic to the numerous deaths that occur in that film.

I don’t draw that comparison idly either, this film features a ton of character ends that some may find harrowing if they became invested in what they were going through in the previous films. Which is odd as the comedy never really stops coming either. Thankfully, the directing duo of the Russo Brothers know how to balance the light-hearted with heavy drama as well some spectacular action set pieces, so there’s barely any tonal dissonance that plague other films with such extremes in tones. This is mostly accomplished by splitting the ensemble cast into four groups that are each dealing with the Thanos threat in their own way and in completely different parts of the galaxy. I got a lot of flashbacks to the latter two Lord of the Rings films alternating between three separate groups of characters at all times, and it actually surprises me that few other films have been able to pull off a similar stunt until Avengers: Infinity War with any degree of success.

On top of that, every single actor were firing on all cylinders. The relationships between these various characters has long been the proud secret to the Marvel Studios’ success, as many of their films’ best moments come from these often funny interactions that humanize each individual to feeling like a “real” person. But of the cast, I would single out Josh Brolin, Zoe Saldana, Chris Hemsworth, Bradley Cooper, and Tom Holland as delivering Infinity War‘s greatest highs. We’ll get to Brolin in a moment, but I do have to admire Chris Hemsworth’s growth as a pitch-perfect comedic actor. He’s always had such a knack for comedy talent even before his introduction into the Marvel Cinematic Universe, but his goofy deadpan delivery is to be admired. Same goes for Bradley Cooper as he continues to deliver on the fan favorite role of Rocket Raccoon. And Tom Holland continues to flex his comedic muscles as well, even when his dialogue is far more referential based than anything else…but unlike some properties, the dialogue is genuinely appropriate.

But if you want to talk about drama, then Holland similarly has you covered. Many people I have spoken to were absolutely floored by his performance, which given the absurdity of what you were witnessing, takes a lot out of an actor to make you give a damn. Same goes for Zoe Saldana as Gamora, who is one of the only two characters that we have seen in the Marvel films that has a major connection with the Big Bad. Her interactions with Josh Brolin are simply startling to watch and evocative of an abused child confronting their tormentor for the first time in years. And given the fact that much of her dialogue also had to double as exposition, it’s an absolute miracle she could pull off making you give a damn about the proceedings. And yet, the performance that stood out the most from the massive cast also happened to be from the character that Marvel has spent that latter part of six years since the first Avengers hyping us up for: Thanos.

Honestly, Marvel has been on a role since Guardians of the Galaxy Vol. 2 in crafting memorable villains with intriguing relationships to our protagonists. But with Thanos, they have pulled off what they attempted to do with the Ultron character in the last Avengers film, i.e. make a charismatic character with a messed up goal that you nonetheless see their logic. He’s not like Killmonger, where his goals were born from a sympathetic place that you see why he became such a bastard and you’d wish he take a better path; rather, you understand where his motivation to wipe out half of existence comes from and he sees himself as the “hero.” It’s a twisted logic to undertake, but Brolin absolutely delivers on this delusion to make the turn feel believable and nuanced. He absolutely demolishes whatever the hell Steppenwolf was supposed to be.

So with such high praise I’ve given to this film thus far, you might be thinking I’m going to go all in on an absurdly high rating for this movie. But that’s my problem: I simply can’t in good conscience do that. For as good as Infinity War is, that ending confirms the original intent of what this film was supposed to be: a part ONE to a two part film. Similarly to Harry Potter and the Deathly Hallows, Part I, this film ends on a major cliffhanger, that will knock the wind out of your sails if you don’t realize Avengers 4 is going to drop this time next year. Remember those narrative conventions I was talking about earlier? This where the film buckles under the weight of all the crazy amount of action, character development, exposition, and explanation for what the hell is going on. The film doesn’t possess a first act at all, and instead merely offers a prologue for where each group of characters are where we last left them in their respective movie, before diving headlong into a two hour second act with an explosive end that feels conclusive…but in reality is not. And while I did appreciate the ending, there’s one single not-significant fact about this film that robs much of the emotional impact that’s being driven into your skull with the subtly of a sledgehammer. I will not dare spoil WHAT this detail was, but stay tuned tomorrow for an expanded spoiler discussion explaining what my major problem with the movie was.

Now for those of you who haven’t seen the film, is it worth going to theater to check out? Well, like I said, if you are a fan of this series, you won’t be disappointed by what you see. It’s a well-paced first part to a season finale that already appears to be an absolute crowd pleaser. But if you’re not a fan of this whole series and are still interest in checking this out, then I’d say you probably need to see The Avengers (2012), Avengers: Age of Ultron, Guradians of the Galaxy, Captain America Civil War, Doctor Strange, Thor: Ragnarok, and Black Panther to have an idea of what the hell is going on and to get the same ecstatic reaction I’m seeing across the Internet. If you have haven’t seen any of these movies (though you really should as the latter four are probably their best stuff), I’d say wait to check this out as a Matinee. If you’ve seen one or all of them, then your opinion will probably be around the same level I’m at which would be a low…

Stay tuned tomorrow to find out about the big plot point that prevented me from giving this a much, MUCH higher rating.