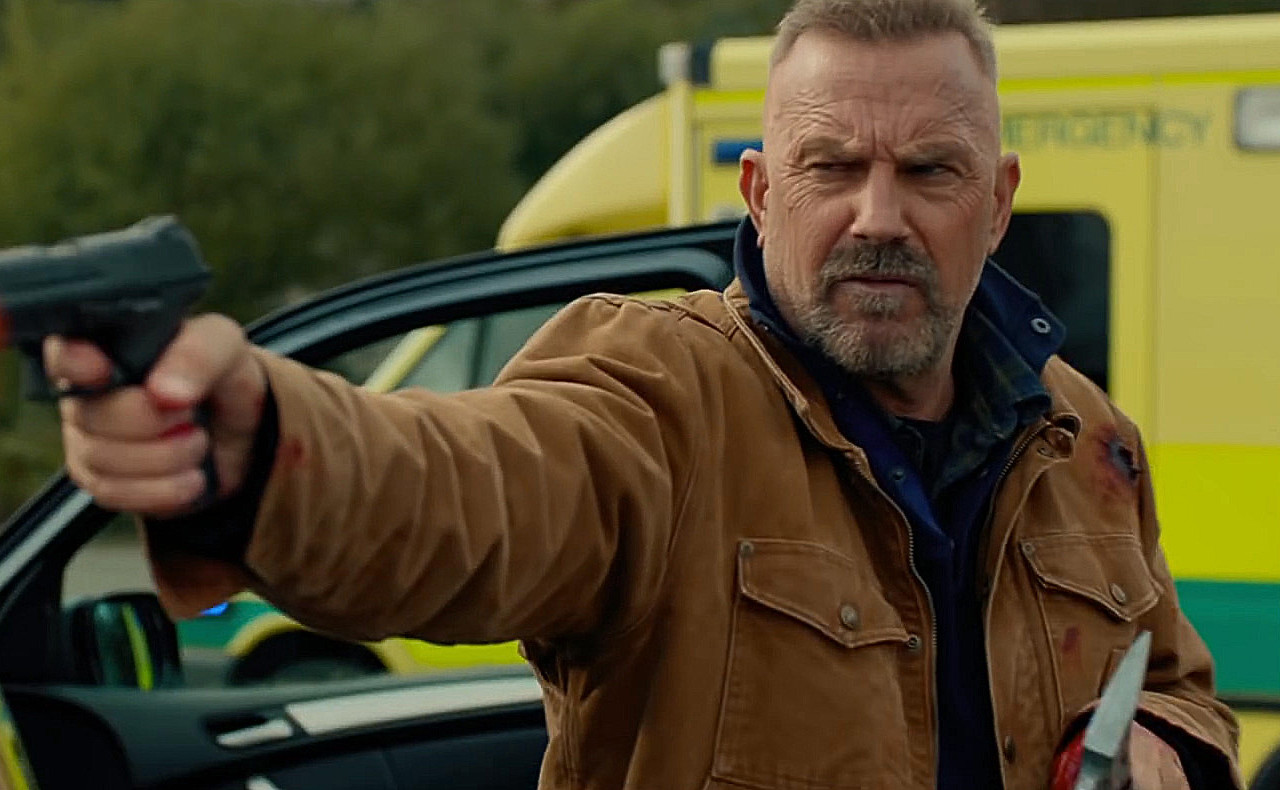 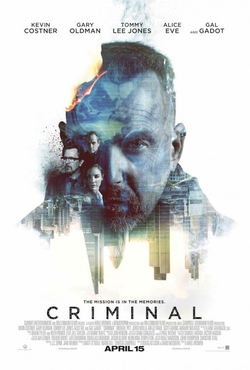 You could say it was a crime to release this movie…

Hoo boy, I’m surprised I miss this piece of shit. Readers of mine generally like my negative reviews because my readers are all a bunch of sadists who enjoy me feeling every ounce of delicious pain I suffer. And I, masochist that I am, enjoy taking on absolute crap films because it lets me flex my insult muscles on a bit. So here’s a film that managed to pull a 31% on Rotten Tomatoes and not even making back its meager budget before slinking off in shame to the howling wastelands of Target’s DVD section. But now that the film is in the DVD section, you may want to switch retailers until the corporation sanitizes their shopping areas from the cancer this film really is.

So the titular “criminal” is played by Kevin Costner doing his best to sleepwalk through an action movie when he realized he was walking into another Waterworld level disaster. He’s an “emotionless sociopath” with…an underdeveloped brain that makes him the ideal candidate for a treatment to graft some dead spy’s memories into his brain to find the whereabouts of a hacker who’s program can destroy the world? Fucking hell, someone literally stood before a film producer and pitched that sentence to the guy. Must have been one of those sleazy fucks who snorts cocaine off a prostitute’s ass crack, and the dude’s blood clotted mind must have issued the check to this hack screenwriter. Side note: I looked it up and found out that this film was written by a pair of dudes who worked on such fine pieces as The Rock and Double Jeopardy and…nothing since Double Jeopardy in 1999. Don’t call it a comeback…no seriously, if you call this a comeback I’m going to set someone on fire.

Any who, the dead spy was being played by Ryan Reynolds and he looked every bit happy to get out of this motherfucker and head back to good shit like Deadpool. Once he’s shot and killed by the bad guys who want this magical hacker, Gary Oldman hires Tommy Lee Jones to perform this highly experimental surgery on Costner. First off, Oldman is channeling his Commissioner Gordon shtick from The Dark Knight trilogy while bringing on even more anger to his police chief impression. Why would use a police chief routine for a CIA spymaster? Poor ass direction and shit script writing is my guess; besides Oldman simply doesn’t give a fuck. When you see him care, you get solid work like Dawn of the Planet of the Apes; but if he doesn’t care? You get bullshit like Paranoia and this slice of chlamydia.

Oh yes, and Tommy Lee Jones must have now given up doing anything of importance after Lincoln and must now be resigning himself to do third rate schlock like Nicholas Cage. I swear, between this, that shitty Jason Bourne, and that similarly crappy looking Mechanic: Resurrection, the man has given up on making quality films. And as I said in Bourne, Jones looks painfully bored to be in this film. A half-hearted performance he likely gave as he eyed the buffet table just off camera…hell I wouldn’t be surprised if the director used the table to keep Jones’ focus in check.

Rounding out this cast of decent actors wasting their time is Wonder Woman herself. Godot is only here to play a damsel in distress, which was a bit of lurch for me since I’ve known her for her role in the Fast & Furious movies as well as Batman v. Superman, when she was allowed to have fun in her cameo appearance. But no, here she has to educate the ruthless killer slowly gaining her husband’s memories on how to deal with raw emotion and help him understand feelings. If you think this seems completely out of place in action film, then you get a cookie because it has no fucking place at all here. It’s only made more uncomfortable by the fact that Costner and her’s first meeting is a tad bit on the rapey-side (don’t worry nothing traumatizing happens…I mean aside from watching this piece of shit).

Damn, 700 words in and I haven’t even BEGUN to rag on Costner. Fucking hell, even for a guy with legendarily awful action roles like the aforementioned Waterworld and The Postman, this movie has some of his worst attempts at acting. It’s like watching a brick trying to talk a construction worker and it believes its in love with him. The whole performance is stilted, awkward, and straight up bipolar. I “get” he’s supposed to be playing a dude experiencing emotions for the first time in his miserable life,  but that requires a bit more nuance this film is simply poorly equipped to handle. I’ve seen Costner come down from his hubristic high in the 90s to doing forgettable action schlock like The Guardian and Mr. Brooks, films from the 2000s you might have seen on a poster at the theater but never saw because it looked too bland and uninteresting.

And Criminal follows suit, with a dirty dishwater color scheme that occasionally throws in a fist fight or a gun battle amid an obligatory car chase. This is painfully dull, by-the-numbers direction that fails even harder than Jason Bourne did because not only are you not seeing anything new, you’re seeing something completely boring. This film plods along from Costner’s memory spasm to memory recall as the rest of the cast swear up and down their mission is of the utmost importance and demands your every piece of nail-biting attention. But the pacing is as smooth as being stuck in rush hour traffic during a tropical storm, carefully moving on up with every press of gas pedal before you inevitably have to tap the brakes because the jackoff in front of you can’t drive.

But what kills me more than anything is how fucking moronic this story felt. Everything from the memory transplant premise to the chain of events that unfold is as enjoyable as attempting to breathe in the cold vacuum of space. I get that spy movies are supposed to have twists and turns as well as double crosses, but it only works if you’re given a main character that you root for and a series of events that you can enjoy. But as we’ve already established, Costner essentially comes across as some bipolar asshole who alternates between not giving a shit about the spy mission to risking his own life to save Ryan Reynolds’ family. So there’s nothing for you to grasp as far as a character goes.

So you don’t give a shit who stabs him in the back or how Gary Oldman is willing to sacrifice Costner for the greater good. You don’t care that the hacker everyone seems to give a shit about has a program that can control all the world’s nuclear weapons (likely on loan from any odd Bond flick). You don’t care about Gal Godot or her adorable-looking daughter, except loudly wondering why she doesn’t take her deceased husband’s pistol and cap Costner in the ass. And (spoiler alert for anyone who seriously gives a shit, and please tell me so I can recommend a proper therapist so you can finally develop a healthy relationship with reality) you don’t give one quarter of a rabies-infected rat’s ass that Costner is given another assignment by the end of the film out of some misplaced dream of a sequel, fucking no one believed could happen in the next trillion years and beyond that until the heat death of the universe.

Fuck. Me. This film is a black hole of suck, nothing bloody worked from the bored actors to the stupid ass plot to flat action sequences. It’s the kind of film you want to microwave the DVD, then smash it with a sledgehammer, then toss the remains in a dumpster, then set fire to said dumpster, then launch the dumpster into the ocean with a trebuchet, before finally nuking whatever godforsaken plot of water that had the unfortunate luck of inheriting such a miserable pile of shit.

It’s fucking astounding to me that I’ve somehow seen worse this year, but believe me when I say that we are currently circling one of the lower levels of hell. Fuck everyone involved with this production and…