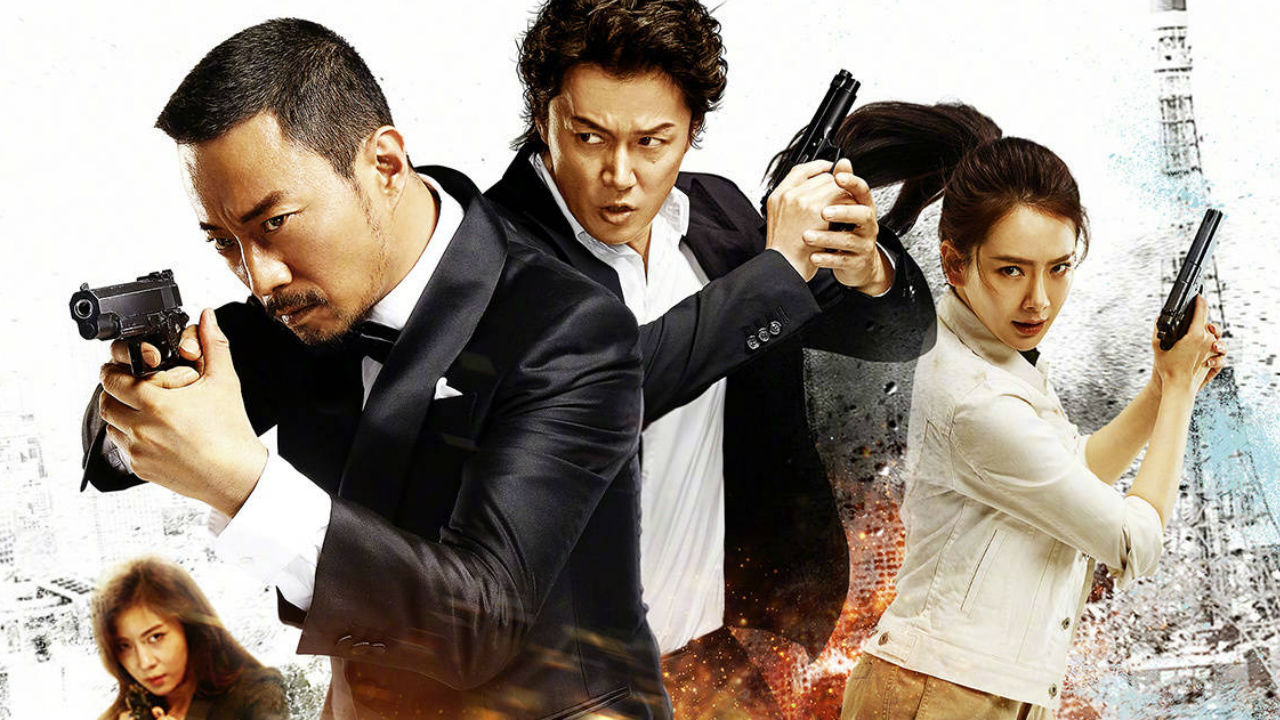 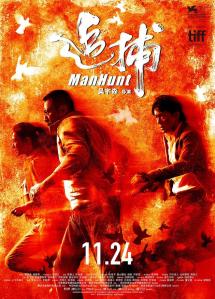 John Woo is a director responsible for some of my all time favorite action movies like The Killer (1989), Hard Boiled, and Face/Off. You may notice that none of these are exactly cinematic masterpieces, but they all have such a ludicrous amount of style that’s instantly recognizable and so unlike every other action film out there. So I was a bit disappointed that Woo left the genre after Paycheck to pursue his love of Chinese Wuxia movies that have earned him more lucrative financial and critical success. But now he’s back to direct action schlock after many years, so does the legendary director still have the touch? Or is he contributing more fuel to the fire that is the Great Netflix Collapse? Let’s find out in Manhunt.

So our protagonist is Du Qio (Zhang Hanyu), a hotshot international lawyer wrapping up his work for his pharmaceutical client’s various legal indiscretions in Japan. Ready to head back to the United States, his departure is postponed after he wakes up in his bed next to a dead woman, a knife in his hand, and no memory of what occurred the night before. Managing to escape police custody through a set of reasons way too complicated to get into, Du Qio finds himself in hot pursuit by Detective Yamura (Masaharu Fukuyama), a rule-breaking cop with a death wish who slowly begins to uncover a ludcirously complex conspiracy involving Du Qio’s pharmaceutical company developing a super soldier serum through unsavory human testing. Also in the waiting are a pair of hot assassins Rain (Ha Ji-won) and Dawn (the director’s daugher, Angeles Woo) seeking to murder Du Qio and Yamura, as well as the widow of a scientist with deep ties to the nefarious pharmaceutical company played by Qi Wei.

The plot is unbelievably hard to follow, when it seriously didn’t need to be this way. It probably would have worked better as a simple cat-and-mouse chase a la The Fugitive, as a framed man tries to prove his innocence through the inadvertent help of his erstwhile pursuer. A tale for all the ages, you may reasonably think. But John Woo’s script team of about six different writers (Jebas) through in so many loose threads and ridiculous plot points, that the main focus of the story gets muddled completely. Occasionally, Woo’s trademark love of classic Western cinema shines through in a few clever character moments as the hard boiled investigators chat with the rest of the cast in a style immediately evocative of Humphrey Bogart. But such dalliances with brilliance are too brief under the tidal wave of verbal diarrhea being spewed. Because the plot veers wildly between soap opera drama, goofy comedy, and hardcore violence; so the script comes across as a pure nonsense more than anything else.

The only merciful part about this ridiculous dialogue is that it’s pretty much barked at you with the speed of a F1 Formula Race Car, since Manhunt moves at a break neck pace through quiet, dialogue moments to get you back into the action set pieces. Said action scenes are the reason I wanted to check this film out at all, despite my reservations towards Netflix’s batshit film production division. And to my delight, Woo demonstrates that he still has his wonderful flair for the over-the-top gunfights, car chases, and pure, unadulterated chaos erupting on screen. What makes Woo’s brand of action so damn memorable is that he takes time to set up his shots in such a way, that the audience can actually see what the hell is happening alongside some impressive fight and chase choreography set to an exciting score. Just like a solid action film should.

My biggest gripe is that I wish I knew what was going on half the time so these action scenes could feel as meaningful as they are exciting to watch. Which is a shame, since the characters are all surprisingly well-defined with some very solid actors behind each. Despite the fact that this whole film is subtitled as Chinese, Korean, Japanese and patters of English are spoken on screen, I was easily able to identify the protagonists’ personalities as well as their obvious flaws. This is helped through a combination of Woo’s penchant overly dramatic acting as well as each thespian selling the shit out of their role, with notable moments of brilliance from Masaharu Fukuyama channeling every tough cop trope that has ever existed and Angeles Woo showing some pretty solid acting chops.

And while the cast is able to deliver a degree of normalcy to the absolute mad ravings of the script, they also show off some great physicality in the film’s many over-the-top fight sequences. Every actor is hurling themselves across windows, rivers, doors, and walls as they grab whatever’s handy and proceed to beat the living tar out of anyone in their vicinity. While it’s a little hard to swallow that an international lawyer could be such an adept marksman, hand-to-hand fighter, and skilled driver; the absurdity of each stunt brings on happy memories of the Fast and Furious series. I only wish that Manhunt was able to adopt Vin Diesel’s series “grounded” nature in streamlined plots rather than the absolute bukkake of plot ideas being shot around.

From a relatively stable starting point of our protagonist getting framed for murder, we go off into corporate espionage, police corruption, human drug testing, super soldier serums, family drama among assassins, romance blooming between bitter enemies, friendship developing between bitter enemies, and about three other subplots I’m forgetting right now. Honestly, had Woo reigned in his six screenwriters, he would have been able to give his strong cast more fleshed out character development as he did in The Killer and especially in Hard Boiled, while also creating fun dialogue moments evocative of various film noir he’s so clearly enamored with. But that confusing script makes the film hard to follow, and I’m saying that as someone who enjoyed and was able to somewhat follow Atomic Blonde.

Still, this is definitely the finest film Netflix has released in practically ages,  and the spectacular violence on display makes this an easy recommendation for the streaming platform. I’ll award this a very high…