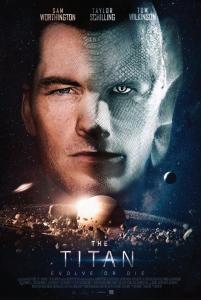 Welcome back to yet another edition of the Great Netlfix Collapse, where the streaming giant continues to crap out execrable film after garbage film. Today’s cock-up comes to us via an international collaboration who somehow believed that the greatest emotional vacuum, Sam Worthington, could somehow bank guaranteed audiences with a convoluted and incredibly dumb science-fiction script that is almost slightly more insulting than the farcical Geostorm. If you couldn’t tell from my tone (the layers of my mind are an enigma after all), I hate this film completely, but to thoroughly dissect what went wrong I’m going to have to drop into SPOILERS. If you’re that bothered, put a cooking pot on your head and bang on it until you’re start experiencing auditory hallucinations so you can forget what you’ve read, or just open a new tab and watch the film for yourself. Don’t worry if you last only 15 minutes before getting bored, it’s completely normal.

So, we find ourselves in yet another future with dwindling resources and tons of fighting that we don’t see, gosh Netflix is enamored with this starting point. Being out of money for a giant particle accelerator, NATO has instead opted to get behind a mad scientist’s completely bonkers idea: move humanity to Titan, a moon of Saturn, through forced evolution by biologically experimenting on people to allow them to adapt to the moon’s harsh toxic environment. Said scientist, played Tom Wilkinson, plans to accomplish this impossible task by injecting a bunch of survivalists with all manners of “treatments” and performing massive amounts of surgery in order to get their bodies ready for Titan and allow people to breathe nitrogen. Now before you ask if there’s a billion and one easier ways to live on Titan, the film just cuts to Worthington and a bunch of random survivalists who all seem to have unique personalities but are immediately dropped to focus on one of the most passionless relationships I’ve seen in film, and I’m counting all three Fifty Shades films in that assessment. “But wait what about all this sci-fi crap you just dumped on me? Don’t we go to Titan in all of this?” Oh you poor deluded bastards, you have no idea what Netflix let onto their servers do you?

It’s mind blowing to me the degree to which this film does not give a fuck. The science in a science-fiction movie being nonsense is one pill that most audiences are pretty ready to swallow, but The Titan gives you probably the dumbest science I’ve heard of since The Core in addition to dropping the ball on writing, direction, character development, acting, makeup, visual effects, and literally everything else you need to tell a competent sci-fi film. But I digress, let’s try to tackle one area at a time. This is an autopsy after all, even though the subject is flailing around…and blood is everywhere…and the screams won’t stop; but by God, we are getting through this. So please, gather your scalpels and let’s tear into this soon-to-be-cadaver.

Okay, so it’s revealed later on in the movie that the injections the scientists have been giving Worthington and the gang are merely getting their DNA infused with animal DNA (put your hands down, they don’t say WHICH animals let them breathe nitrogen) based on bullshit research conducted by Tom Wilkinson’s character. Now, initially I thought this was a great twist to drop at the end of the film, if the film used the experiments as some kind of placebo to assuage the population’s concerns of human life ending. But no, Wilkinson goes all “needs of the many outweigh the needs of the few” and proudly declares that NATO has given him a blank check to horrifically maim and experiment on a bunch of clueless soldiers despite the protestations of NASA and every other military personnel watching these people morph into a completely species.

The actual metamorphosis of said soldiers is somehow even more idiotic made worse by some weak after-image effects and rote makeup. Considering this film had the backing of at least three different studios, they likely had more of budget to work with than what’s offered to Jason Blum’s directors and they’ve produced very, good looking films (except one) with a budget of around $5 million each. Granted, each of the positive examples didn’t have to rely on such extensive use of special effects or make-up, but when the script or the director’s visions call for such demands then you change camera angles and make sure the production looks sharp. Otherwise you get this affair that’s no better than an SyFy original film. Furthermore, the change in the soldiers’ physiology continues the compound the number of moronic concepts the film tosses at you.

See when they’re first being given the “treatment,” Taylor Schilling’s character notices that her husband, Worthington’s character, has black blood vessels randomly appearing all over this body at different points and continues to notice the same from the other test subjects. However, it’s merely a poorly rendered effect that doesn’t play into the film at all before the movie decides to insult your intelligence by performing extensive skin surgery on Worthington and his mates turning them into inhuman freaks of nature who also can only communicate with a high-pitched sound undetectable to regular ears. Oh yeah and they’re fingers can also sprout tentacles that harden to sharp claws as well. Hey Tom Wilkinson, when you said you wanted to “elevate” humanity, was this really what you had in mind?

It’s goddamn baffling how or why this “superior species” has all these additional body features. No, the film doesn’t explain how the shit we got to this point either because it was far too busy being enamored with its shoddy body horror…without any of the horror that comes with it. Which leads me to another failing in the film: there are zero characters worth a damn here. Worthington continues to act like a brick of Styrofoam, Wilkinson is hamming it the fuck up as he loudly wonders why everybody isn’t cool with his bat shit and thoroughly unproven methods of forced evolution, which leaves Taylor Schilling as our sole voice of reason. And maybe the film intended to make her the main star as we spend significant periods of time with her investigating her husband’s rapidly changing condition, but the script leaves Schilling grasping for an arc that doesn’t exist. And I genuinely feel bad for her as she was actually trying to give a damn about the project, unlike her dead weight co-star in Worthington.

I hate to keep picking on this guy, but since his “star-making” turn (heavy use of quotation marks there) in Avatar almost ten years ago, Sam Worthington has not demonstrated a single ounce of charisma in any project he appears in. He’s more useful in supporting roles as he did in Hacksaw Ridge, because the guy just doesn’t feel interesting enough to follow. Further, Worthington barely utilizes body language in order to communicate as he’s far too busy feigning a flat, “No-wheres-ville” rural American accent. Maybe if he showed an ounce of interest in his family during his wretched transformation, I could have given a damn; but he fumbles the ball on that too.

Actually, everyone managing this project fumbled the ball before it ricochet right in their face and gave them a clavicle fracture. The pacing of this film is godawful, with long stretches of time where jack shit is happening. Dialogue is purely expository even as supporting players like Diego Boneta, Agyness Deyn, and Nathalie Emmanuel all try to inject the tiniest hint of a personality before the film brushes aside their concerns via off-screen deaths and suffocating them under mountains of redundant dialogue.

This film could have worked as a much shorter Black Mirror or Twilight Zone episode, but the movie’s undeserved “happy” ending would have had to be reworked completely in order to stand the muster of either anthology.  But hey, at least the film ends on Titan…and makes you realize, “Wow, this whole ordeal of reshaping humanity into an alien creature is really not worth it.” Shit, someone saying that would have given this film the slightest bit of teeth to work with.

As it stands, this is an imbecilic film that is boring as shit to get through. It’s a profound waste of time not deserving of your attention and is only yet another damning indictment of the state of Netflix’s Original Programming when it comes to movies. At least their television shows have given audiences plenty to enjoy, because their cinematic output is an absolute trash fire. I hate this film so damn much, even more than The Outsider, so this gets my absolute lowest rating…